Google wants to help users 'get things done' but what does that mean for everyone else?

Posted by Owen Powis on 29 May, 2019
View comments Search News
Google no longer sports their unofficial ‘Don’t be evil’ mantra, but they appear to have picked up a new one. Helping you ‘get things done’. It doesn’t sound like a problem, until of course they choose to help users get things done in your market.

Google’s original ‘Don’t be evil’ motto was coined by the creator of gmail, Paul Buchheit. He is stated as saying the slogan was “a bit of a jab at a lot of the other companies, especially our competitors, who at the time, in our opinion, were kind of exploiting the users to some extent".

It’s old news that Google, as well as their parent company Alphabet, dropped the motto back in 2018. It could be said that it’s rather telling that the original intention behind the motto was about not exploiting users.

Now Google appear to be adopting a different motto, one that’s about ‘getting things done’, so helping the user achieve what they want within Google. Back in mid-May Google’s CEO, Sundar Pichai, opening the developer conference by announcing that Google has transformed from a...

Some of the ways in which they want to help us get things done, include for example facial recognition, meaning they will be storing models of our faces within their systems - which I have to say I find a little worrying; not wanting to give my facial model up quite yet for our robot overloards. The end result is us being willing to part with ever more personal and important information. 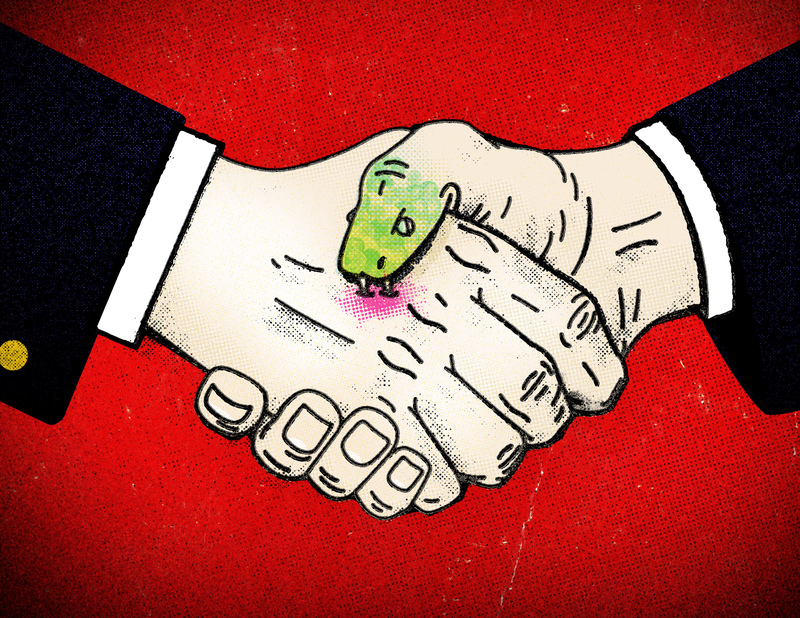 The devil's bargain is: the more useful the service, the more personal information we are willing to part with in order to use it. Of course there is the counter argument that more useful or in-depth services require more information to work well. So maybe they are just trying to be useful and as a side effect are getting to harvest yet more information.

The problems with Google ‘getting things done’ though, become even more apparent when they start getting things done that were already, well, being done. Ask any of the broadband speed test sites, back in 2016, when Google decided they were going to help users get things done by introducing a new internet speed test tool right into the SERPs. 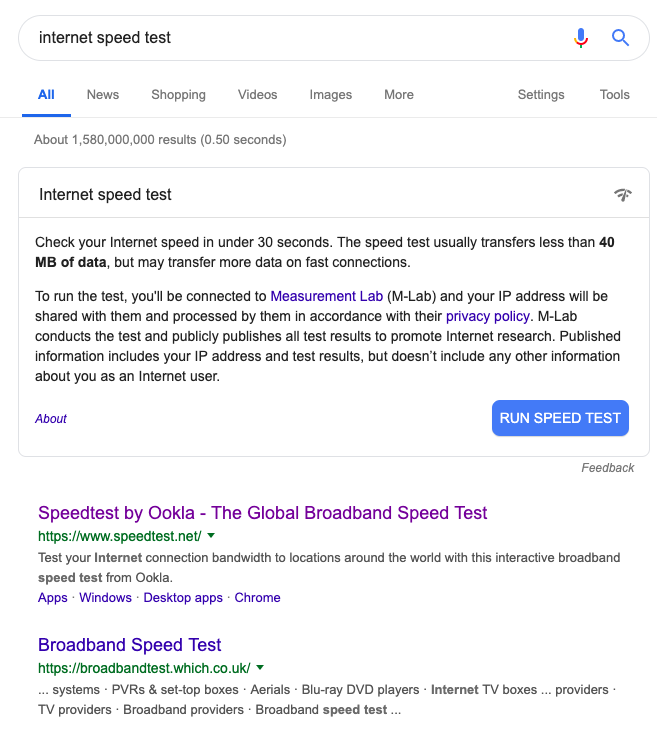 Sites such as Ookla, which rank consistently well must have suffered reductions in traffic (I couldn't find any traffic stats that dated that far back, but if you know of anywhere to get them, please do add in the comments). People spotted a tool that was needed, invested to build it, monetiszed it and then likely overnight had their business disrupted by the very platform they were relying on to gain users.

This in itself is an example of ‘Google creep’. No, it’s not that weird guy who hangs out in the corner of bars trying to pick up girls by pretending he works for Google with a lanyard he got at a yard sale, it’s the steady growth of Google into more and more markets and areas. Like cold fusion. Yes, Google really have been funding cold fusion research.

Although pretty out there, this is actually a whole lot less worrying than what they have been doing much closer to home. Google’s behaviour has earned them multiple fines such as their record braking 5 billion dollar fine from the EU over Android antitrust violations. Or the 2.75 billion dollar fine for giving an illegal advantage to thier own products in the SERPs. In fact take a look at my article on everything Google did wrong in 2018 for a bit more background and even more examples.

Google have now announced the introduction of food ordering straight from Search, Maps and Assistant. This ties into the (for now) established food ordering companies which connect with Google and which you place the order with.

Moves like this can have the side effect of wiping out third party services; like Google Travel side-stepping third party flight services and travel agents. At the moment it’s happening more at the top end of the food chain, with big industries and services being targeted, although the internet speed test example shows that it’s not just large and easily monetized services at risk.

Looping back to that orignial Google ‘Don’t be evil’ motto, it’s about not being harmful, to either users or the companies that rely on Google to make their services available to the users. But when the gateway between service providers and users turns into a service providor itself, it’s going to be problematic.

The Golden Age of Cinema (for the studios)

In 1948 there was another landmark antitrust ruling, this time by the US Supreme court, stopping US studios from owning cinemas. The problem had arisen as studios owned the product from creation to distribution and consumption. It meant cinemas holding exclusivity rights on which theatres would show their films. 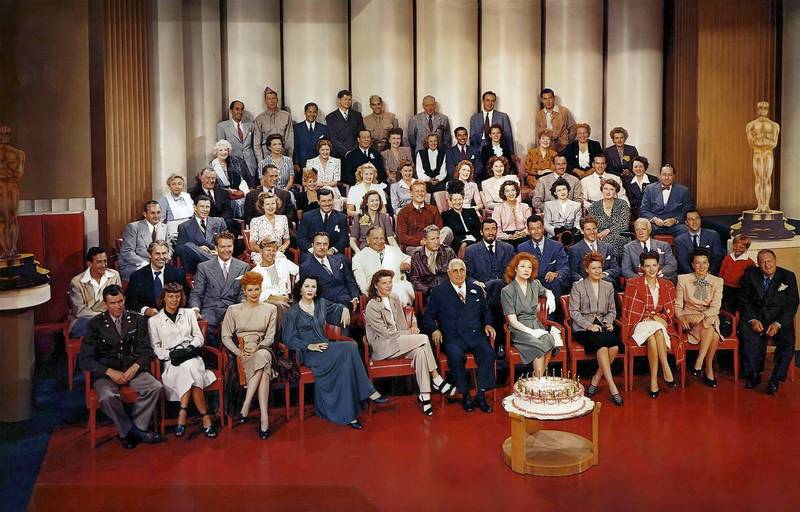 “In the end, the Court ruled in United States v. Paramount on May 4, 1948, finding that the studios had violated antitrust laws, in a devastating blow to five major studios and three smaller ones. The case had roots dating back to 1921, when concerns first arose about the studios and the Sherman Anti-Trust Act.”

It was seen as being anti-competitive and ultimately harmful to consumers. This was when there were 3 major studios, not just one player owns 90% of the market. Of course the rise of television ultimately made the fight a great deal less important. The studios had a new technology to move into that quickly gained a bigger audience.

Google do seem to be further and further stepping into their own search results. Turning from a ‘company that helps you find answers to a company that helps you get things done’ might ultimately prove too much to bear. After all where is the incentive to create products to effectively test the market for Google? They may just come along and build thier own version of your product and rank it over yours, or just take the key information you provide as a business and publish that right in the search results.

Owen Powis Published this article 29 May, 2019
Owen Powis is the CEO at Wordtracker and has spent his career working in the digital marketing sector. That time has been spent working at some of the UK's largest agencies dealing with clients ranging from SMEs to large blue chip organisations. With hands on experience ‘at the coal face’, multi-channel marketing is of particular interest, with a long-running bias towards SEO.