Since using the Wordtracker keyword research tool Dan Roberts says Hearst Publication's online traffic has grown 150%. Hearst publishes 15 of the world's most popular magazines such as Cosmopolitan, Esquire, Oprah's O Magazine, and Good Housekeeping as well as five web-only magazines. We talked to Roberts, Senior SEO Analyst for Hearst Publications' Digital Media team. As a former print journalist he knows all too well the challenges of introducing SEO and keyword research to a traditional media platform. And thank goodness he did.

Dan Roberts has worked at Hearst for more than two years and was responsible for introducing the Wordtracker tool to their publishing process. He tells us exactly what kinds of benefits keyword research has brought to the company in this Q&A article with Wordtracker's Rachelle Money.

Rachelle Money: How did journalists and editors respond to the idea of SEO?

Dan Roberts: "I think it was very helpful. Having a tool like this is a great way to initiate people who aren't that familiar with SEO, because you can illustrate how a simple word choice can make a significant difference."

Rachelle: Can you give us some examples?

Dan: "There are dozens of examples. For some of the women's titles fashion is a big part of what they do, so early on we made the decision that we'd instruct them to run some comparatives on the keywords 'fashion' and 'style'. In the print context they like to use the word style, but I stressed to them that style is somewhat nebulous in that it can mean a number of things. People's behavior online is different because when they are looking for content they tend to be much more literal, because they have to be. The Wordtracker data showed us that 7:1 people were more likely to use 'fashion' than 'style' when looking for the kind of content we were promoting."

Rachelle: I've found that most journalists don't respond well to SEO - how did you convince them it was a good idea?

Dan: "There are a lot of people who had to make a paradigm shift. It's the need to be more literal. It's a constant struggle. We work with a lot of different editors across many titles, and the ones who embrace it and trust the data they see from the tool get great results. Once they start to see the results they are convinced it's a good idea. The ones that ignore it do so at their own peril and their results speak for themselves."

Rachelle: How does SEO and keyword research work at a practical level?

Dan: "We have incorporated a link to Wordtracker directly into our CMS (content management system) so that when someone is entering a critical field, like the meta-title, right next to it there's a link to Wordtracker, which acts as a 'call to action.' They can at least check to see if the keywords they have chosen are a solid choice, or if there's something better out there.

"I think one of the main challenges for editors is that anything that adds another stage to the publishing process is going to be a difficult request, which is why we added the link to Wordtracker in our CMS so that we can make it as easy possible.

"We have made keyword research part of the publishing process. We don't get to the point where we are re-writing the body copy (so that it is optimized), but we do make changes were the impact is - in the meta-title and the headline.

We encourage editors to use keywords in the places we know will work: for example, by using keywords in the URL of a specific page. We have seen some pretty solid results because of that."

Rachelle: What kind of results?

Dan: "A conservative estimate is that between the third quarter of 2007 and the third quarter of 2008 our traffic grew by 80%. I should qualify that by saying that this represents growth from non-branded queries - somebody searching for 'vacuum cleaners', rather than 'Good Housekeeping Magazine'. We do track branded search traffic, but there is little we can do to influence it. We assume that we will capture searches for our brand, so we tend to focus our optimization efforts on capturing traffic for more generic queries by optimizing every piece of content uniquely.

"In two and a half years we've seen well over 150% increase in traffic. Wordtracker is a fundamental tool, whether it's my team using it to do the groundwork in determining what the directory names will be or what the navigation of the site will be, right down to the editors using it themselves to quickly optimize individual articles."

Rachelle: So your conversion rates for subscriptions must be great too?

Dan: "The more traffic we get the more subscriptions we sell. We also have display advertising which we make revenue from. The more people who come in, the more offers we can put in front of them and the higher our ad inventory."

Rachelle: Do you think journalists have to start putting more effort into writing for the web?

Dan: "The single biggest threat to the publishing industry right now is the web. One point of confusion is that there are a lot of people in the traditional print media who feel threatened by what we do. They see it as throwing away the audience share. Why would we publish the content online when that gives people less incentive to buy the actual newspaper or magazine? We've done a lot to demystify that and debunk that perception.

"Our data suggests online and print for magazines are two different audiences and if you treat them as such you can grow traffic to both of them. If you ignore the web because you think it will cannibalise your readership then you're only hurting yourself.

"Magazine readership is going to continue to decrease regardless of what we do online. The fact is we aren't losing online readers to our own magazines. We are losing them to everything and anything. It's a blind man's mentality if people still have that mentality that the web is somehow going to hurt them. If you haven't started to make that transition it will be too late before long."

Rachelle: Can you appreciate that for some journalists it's a big leap from print to online?

Dan: "Five years ago I was working for a dying magazine. I worked for TV Guide in the States and if you want to find a victim of the digital age you really couldn't find a better example. It didn't have the foresight to survive or make the transition – it was five years too late.

"I see a lot of my colleagues hanging on to jobs that may not be there in a couple of years. I am encouraging anyone and everyone to not be intimidated by making that jump from print to online. I was at first, but it's not that big a jump as people think."

Rachelle: As a former print journalist what benefits can you see in keyword research and SEO?

Dan: "The data that's available gives you a better insight than ever before into your audience. Magazines for the most part have been all about guesswork, or they'll get focus groups to try to figure out what their audience wants. Online we don't have to guess, we know what they're looking for and more importantly, how they're looking for it.

"Where print media should feel the most threatened is the fact that anybody with the resolve to do so can be a successful journalist online, if they know how to tap into that audience."

Rachelle: What is the future for print magazines like the ones owned by Hearst?

Dan: "At Hearst we have 15 magazine publications and we have five other web-exclusive properties that don't necessarily have a print component. That's the direction we're going in and I think we'll see more web-only properties, moving away from print brands."

You can find more of Rachelle's articles on Online Journalism here. The Wordtracker Academy also has a comprehensive collection of articles on SEO, internet marketing, keyword research and more. 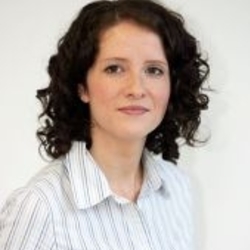 Rachelle Money is a freelance journalist based in Scotland, UK, who worked for Wordtracker from 2007-2009. She wrote extensively about keyword research, search engine optimization and link building

She graduated from the Scottish School of Journalism in 2005 where she was awarded an internship with two national publications - The Sunday Herald newspaper and The Big Issue magazine.