Posted by Owen Powis on 17 Jun, 2021
View comments Search News
June has seen one massive core update roll out, and with the Page Experience update currently rolling out and another core update planned for July, it’s a good idea to take a closer look. 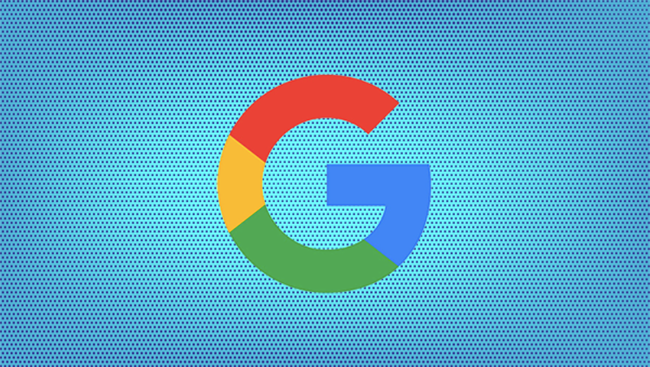 The roll out was announced by Google on the 3rd of June and was imaginatively named by them, The ‘June 2021 core update’. Danny Sullivan, Search Liaison over at Google, wrote the following:

Some of our planned improvements for the June 2021 update aren’t quite ready, so we’re moving ahead with the parts that are, then we will follow with the rest with the July 2021 update. Most sites won’t notice either of these updates, as is typical with any core updates.”

So we already know that there was too much in this one update for them to release it as planned, in one go. This may just be like he says, that they got a little behind schedule, but it’s interesting that they didn’t just choose to delay the roll out until July, when the whole thing was ready. Two releases were deemed better.

“Because of the two-part nature of this release, it’s possible a very small slice of content might see changes in June that reverse in July.”

This is significant as it does mean that webmasters affected by this update won’t know if making changes now is the right decision, or if waiting until the July update is complete would be the better option.

It takes a couple of weeks for a core update to roll out, so we can now take a look at what the impact from this one was. Amsize Digital have done a fantastic write up and deep dive on this, so I thoroughly recommend checking out their article if you want all the juicy details.

Interestingly, unlike previous updates, this one doesn’t seem to have focused on YMYL sites. Instead it seems to have impacted across a broad range of sites with News, Travel and Tourism appearing to have come off the worst. 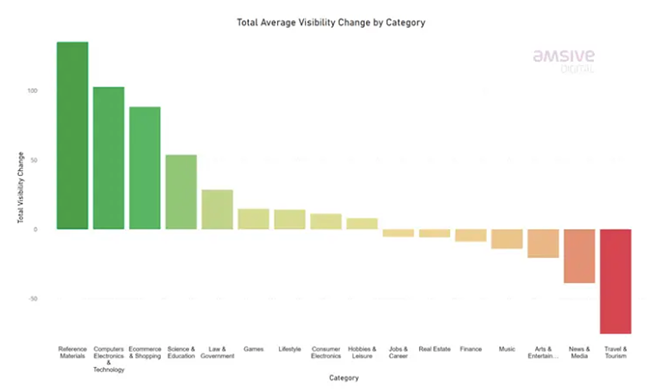 Sites which have done the best are the ‘Reference Materials’ sites - think things like Wikis, Dictionary and other highly technical sites. So it also makes a lot of sense that sites which are close to these in nature or share similar traits, like Technology, Science and Education, have also done well.

We have been talking a lot about E-A-T for a reason and these sorts of updates are the reason why. Going back to Danny’s warning that some sites which got hit might pop back up with July's part two update, it could be that they are adding another metric which might add to how E-A-T is algorithmically assessed.

Another massive factor in how visibility changes, which is further outside of webmasters' control, is the type of result which gets shown. Google is constantly increasing the different formats that results can take.

So the big question, what to do if you got hit

Determining whether you got hit can be done in a variety of ways. You should know what your site traffic looks like and checking in Google Analytics or Search Console should give you some good insights into any performance changes. You need to focus down on which pages, then which keywords have been affected. A change in visibility, however, does not always generate massive changes in traffic as well. Let’s take a look at a few examples:

For example, from the Amsive Digital piece, Smashing Magazine is highlighted as having lost out significantly on visibility:

“The decline seems extreme, but is actually due to very high-volume queries moving down by just a few ranking positions, including its (ambiguous) brand name “Smashing,” which now generates dictionary results, a YouTube video, and a Knowledge Panel about the Smashing Pumpkins.”

So in this example, your site could have lost out by a change in the type of result that Google is now choosing to show. This could be a different format or the inclusion of different elements such as a knowledge panel.

But those people typing in ‘smashing’ looking for the magazine are still going to find it. What looks like a significant change in visibility does not mean it’s necessarily going to signify the same for traffic.

Be on the lookout for being outranked by new sites which you might not have seen before or which have been well below your own rankings previously. Especially if the rest of the results haven’t shuffled around that much.

There are going to be sites that have been rewarded in this update and looking at what they are offering will be the best way of understanding what it is Google is specifically looking for, content-wise, on these queries.

If you’re in one of the categories we highlighted earlier, such as news or travel, it's likely you've been hit by the update.

You need to look at who is now performing well in these categories and specifically, what it is they are doing. User generated content seems to have especially fallen out of favour. For some sites this presents a real challenge, for instance review sites where this forms the backbone of their content.

Preparing for the July update

E-A-T is, of course, going to be on the top of the pile of recommendations. Google seems to have heavily rewarded fact-based content, and several sites have lost out to placements with more specialised content.

Look at how you can beef up your existing content E-A-T, for example by including more sources and authorship, but review also the type and nature of your content. More factual and technical content appears to be ranking well and outperforming less in-depth pieces.

After the consistent attacks on YMYL sites Google appears to be applying more general updates which reward those who have a more factually based set of content and remove those which cannot substantiate their content. The big losses from user generated content seem to be emblematic of this.

The Page Experience Update is now officially rolling out 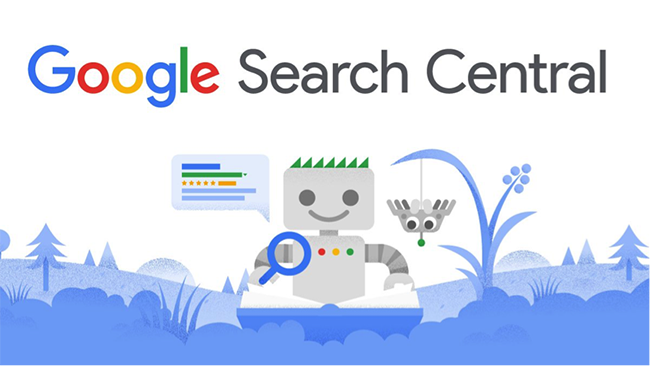 Google has also announced that it has officially begun rolling out the Page Experience Update. This is an update which was first announced last year and then delayed due to covid. It's been a long time coming, but the timing does make it more difficult.

As this update will be rolling out whilst the effects of the June and July Core Updates are still being worked out, it's going to make understanding why your site has been affected even more difficult. It might not be the best timing in that sense, but it also means the disruption is focused on the smallest amount of time.

The Page Experience Update is going to be focused around your Core Web Vitals score, and Google has taken steps to include more tools within Search Console for you to understand and be able to improve this.

Make sure you keep on top of this by reading our linked articles below, understanding what your score is, and taking practical steps to improve it via the Google PageSpeed Insights tool.

What are Core Web Vitals and why are they such a big deal?

Owen Powis Published this article 17 Jun, 2021
Owen Powis is the CEO at Wordtracker and has spent his career working in the digital marketing sector. That time has been spent working at some of the UK's largest agencies dealing with clients ranging from SMEs to large blue chip organisations. With hands on experience ‘at the coal face’, multi-channel marketing is of particular interest, with a long-running bias towards SEO.