Is Google about to eat all our lunches?

Posted by Owen Powis on 22 Apr, 2021
View comments Search News
What the FLoC? A deep dive into Google's dramatic changes to the way online advertising works. 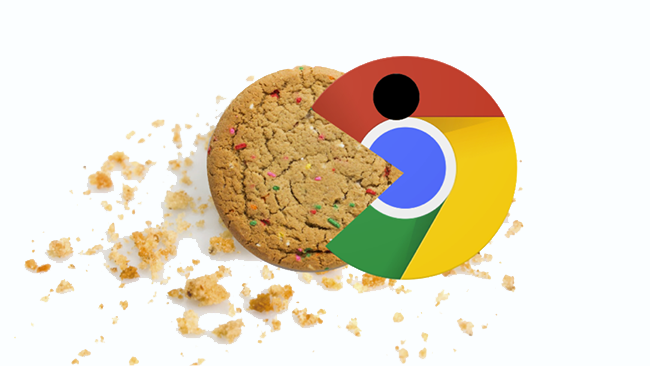 Before we break down what’s happening, it’s worth bearing in mind that Google’s dominance of the web is hard to understate.

Here’s some statistics to help understand just how much of what we interact with is a Google product:

So it's fair to say that Google is a dominant force within both search and the wider web. Meaning there are multiple ways we interact with them across activities and devices.

So what’s going on that’s got us so worried... Google FLoC

Google FLoC is Google’s replacement system for 3rd party advertising cookies. These are how advertisers track you around the web and they target their ads based on previous browsing behaviour. You know how you look at trainers one day then for the next week every ad you see is for more trainers?

These have been mired in privacy concerns for a long time and it’s got to the point where Google has decided to lead the charge on addressing those concerns. Google have a long history of forcing the web to pull its shorts up and get on with stuff like this. From Flash to HTTPS, Google has undoubtedly used their weight to push through initiatives which in my opinion have made the web a better and safer place for all of us. Unfortunately I don’t believe FLoC to be a change for the better.

In January 2020 Google announced that they would stop tracking third party cookies in Chrome and that they were planning on removing them entirely from Chrome by 2022. In updated information this is being talked about as a matter of “Charting a course towards a more privacy-first web” with user privacy as a central focus.

FLoC stands for Federated Learning of Cohorts and works by adding users to a cohort. That cohort is made up of people with similar browsing trends, based on your weekly activity. Google is looking at the sites you visit in Chrome and then assigning you into a group of people who visit similar sites. Advertisers can then target you based on that cohort.

Why it’s not a good replacement

“Google’s FLoC is a terrible idea”. The exact words of the EFF (Electronic Frontier Foundation) who are an independent non-profit aimed at “defending civil liberties in the digital world”. They don’t really pull any punches when they talk about FLoC and to list all the many, many ways in which it potentially compromises user privacy would take some time, but the main concerns are:

This is the practice of identifying individual users based on their unique combination of attributes, from browser version to screen size. Combine multiple attributes together and you soon start to be able to pull out unique combinations. Adding you into a cohort pulls down the initial pool of matches from ‘anyone on the internet’ to ‘anyone in your cohort’, which is thought likely to number at most a couple of thousand.

Google have announced a long term plan to deal with fingerprinting via their Privacy Budget which is still in its very early stages. FLoC however is rolling out to test users right now.

So what happens if for instance a website already knows a user's identity? For instance, to use our keyword research tools you need to log in (we literally have to know who you are for us to charge for our tools and without charging we couldn’t pay our bills). So any site that collects personal data could potentially be able to check your FLoC cohort and have combined access to both your identity and browsing habits.

This becomes more worrying if advertisers start unwinding the anonymous cohorts from unidentified people and generic interests into names and lists of websites. For instance we already know email lists are bought and sold behind closed doors, appending FLoC data could be a logical step and one that further breaches privacy.

Segmentation of the web

Imagine seeing a different version of the web based on your browsing history and personal interests. We know already that Google links together touch points from various devices and it's likely FLoC will be added to this pool of information about you.

Every advertiser under Google’s umbrella could potentially adjust not just the advertising you see but the content and even style of site itself to suit these cohorts. We already know of the massive problems this sort personalisation is causing within social media.

Something you may have asked yourself reading this is ‘so what happens to people who don’t use Chrome?’ which is a great question. Essentially we don’t know. Other browsers are, so far, quiet on their plans. A potential outcome is a fragmented solution, with other browsers choosing different systems or simply continuing to recognise third party cookies and advertisers continuing to use them in tandem with FLoC.

“One interpretation is that Google is becoming the arbiter of who is in which audience, with or without visibility into the recipe of how they make up that audience. One interpretation is that, through FLoC, Google is becoming the ultimate data broker for the space. That makes a difference for how a lot of companies have been thinking about building audiences, and being able to customize audiences and have differentiation of audiences.”

In other words, instead of a system that’s effectively decentralised, Google are centralising it under their own purview. It’s not a third party cookie, it’s Google’s FLoC. If you want entry to the garden, then you may have to use their system. Other advertising platforms could be left out in the cold.

Which leaves us wondering, as Google goes ahead with rolling out FLoC, what does this really mean for both users and publishers?

Owen Powis Published this article 22 Apr, 2021
Owen Powis is the CEO at Wordtracker and has spent his career working in the digital marketing sector. That time has been spent working at some of the UK's largest agencies dealing with clients ranging from SMEs to large blue chip organisations. With hands on experience ‘at the coal face’, multi-channel marketing is of particular interest, with a long-running bias towards SEO.