Posted by Owen Powis on 27 Feb, 2018
View comments Search News
Google Alphabet have released the latest change to AdSense and it’s a pretty impressive one. Auto ads drive 10% more revenue and manage your ads for you. 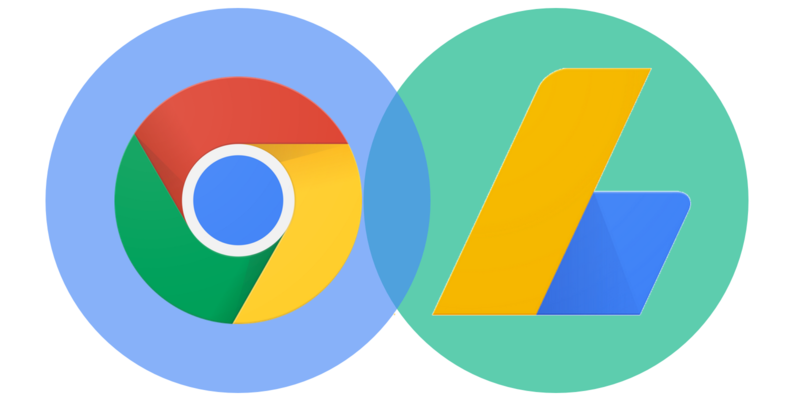 Auto ads were first released in Beta in September 2017 and have now been made fully available. They have some great benefits and bring advanced machine learning to your ads without you having to do any of the clever stuff.

In essence, Auto ads maximize clicks by optimizing placement on page, tailoring it to each website and learning over time where will get the most clicks. In the Beta there were problems with some user sites getting covered in ads, probably as the algorithm was trying to learn which placement worked best, an issue which Google says it has now resolved.

Apart from the ads being optimized for you there is a real benefit in terms of ease of optimization and placement. Just add the line of code to a page once and that’s all you ever need to do. You can then turn certain types and formats on and off easily from within your account. 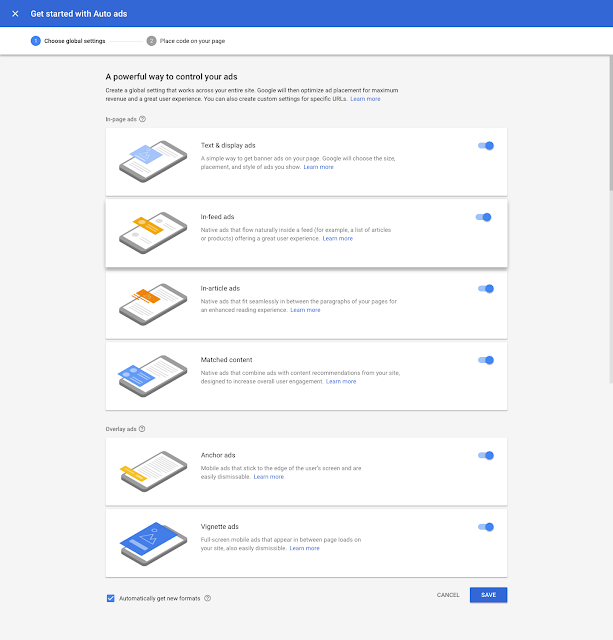 Google will manage the ad space on your page without you needing to do anything else. So it’s easier to use and even more effective, Google reported sites in the Beta saw an average increase in revenue of 10-15%.  If you want to use Auto ads Google has a handy guide on them.

The biggest potential issue here is a lack of control over placement. Although you can select what ad types you do and don’t want, it’s really up to Google to place those ads on page and it will to do so to maximize clicks. However, this is balanced by Google’s consistent attempts to improve user experience across the web. It would be surprising if those clicks came at the overall cost of the on-page experience.

Another piece of recent Google news is the implementation of native ad blocking within Chrome. The latest version will automatically detect and block ads which are overly obtrusive. It’s yet to be seen if it will block auto ads, but it’s probably no coincidence that these two updates have been rolled out so close together.

Whilst being tough on ads which detract from the user experience Google is giving advertisers a tool to place ads without having to worry about falling foul of the ad blocking - all the while increasing revenue and decreasing effort.

The problem starts when you look at the risk / reward for using a platform other than AdSense. The carrot and stick approach Google has adopted could be quite difficult for other ad platforms to match.

What’s the problem if Google has the best product?

At the moment the changes that are being made appear to be everyone’s benefit. Users get a better experience, advertisers more clicks and publishers more money for less effort. That’s got to be a win all round?

There are concerns that Google is not playing fair with the neutral sounding Coalition for Better Ads fronting this campaign being largely influenced by Google, and targeting ads which will affect Google the least:

“Google’s leading role in the standard-setting process troubled some of the coalition’s members, who observed that the blacklisted ad formats generally don’t apply to Google’s own business, according to people who were part of the process. Google generates most of its revenue from text search ads and rectangular display ads, rather than the visually rich media ads that will be banned by the coalition.”

With a single player so heavily dominating the market it’s more easy for them to dictate terms, reduce competition and stifle innovation. If every new idea that happens in digital advertising has to come from Google that’s problematic. The market needs to leave room for smaller players with great ideas to gain traction and precipitate innovation.

Google does bring excellent products to market and is a truly innovative company. But they are not the only one and it would be better for everyone to leave a bit more room for the competition.

Owen Powis Published this article 27 Feb, 2018
Owen Powis is the CEO at Wordtracker and has spent his career working in the digital marketing sector. That time has been spent working at some of the UK's largest agencies dealing with clients ranging from SMEs to large blue chip organisations. With hands on experience ‘at the coal face’, multi-channel marketing is of particular interest, with a long-running bias towards SEO.