What will Google Bulletin mean for local news?

Posted by Owen Powis on 6 Feb, 2018
View comments Search News
Created for you to fill to fill a gap in local news, could it end up damaging an already struggling industry? Just what is Google Bulletin, how does it work and how will it be used? 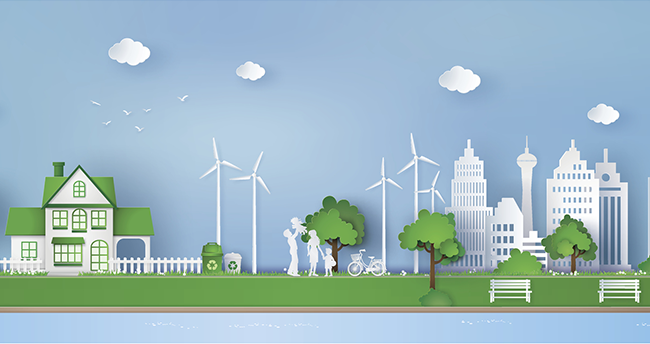 Google doesn’t have the best track record when it comes to social media. However, things might be different with the new Bulletin app.

“Bulletin stories are public and easy to discover: on Google search, through social networks, or via links sent by email and messaging apps” 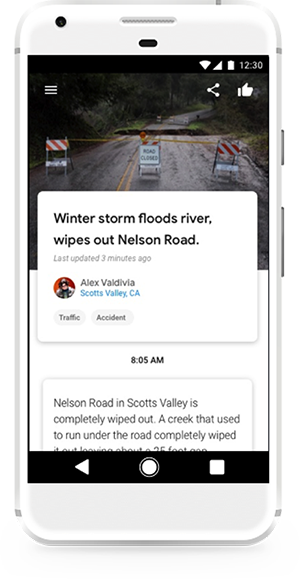 Bulletin is currently on trial in just two locations both in the US: Nashville, TN and Oakland, CA.

Google has termed this new type of news ‘Hyperlocal’ and it’s aimed at people being able to create posts quickly about what they encounter in their immediate area.

Between Facebook and Google local news has suffered pretty badly. Print media as a whole has seen big losses and this has been pretty severe for smaller local news media outlets as well. Online players in this this space such as The Gothamist have also collapsed leaving a vacuum in the area.

The bigger question here should really be why Google would want to fill that space. Call me a cynic but I think it’s unlikely that it’s due to some altruistic need on Google’s part to fill the space which it helped to destroy.

If this was the case, if Google was seeking to help replenish local news, then it could instead promote local news sources more heavily over national ones, as Facebook has recently announced it will be doing. Instead Google has seen an opportunity, reinforced by the rise of other locally focused sites such as NextDoor.com.

Google has been part of the undoing of a media format and there is now the opportunity to step in and fill that void. But that still begs the question...

Why should Google care about local news at all?

The more personalised the advertising, the more likely we are to respond to it. This includes the source of the advert. You’re more likely to listen to the advice of a friend about their experience with a company than the information on the company blog. This goes for local news ads as well.

According to Local Media Works local media is not only the most trusted source of information but also the best at driving customer interaction. In other words ads served on local content are more effective.

It combines personalisation (adverts tailored to you) and contextualisation (ads shown at the right time) for incredibly effective advertising. It also, importantly, gives Google an additional data collection point.

Each story you post provides key information beyond just geo-targeting. For example, post a story which shows an event at your local pet store and you might start getting shown ads for dog food.

Even without posting a story, but by just interacting with the content, this provides additional data, showing businesses and geographic areas you’re interested in without Google ever needing to record your physical visit to those places.

Some existing sites which specialise in the ‘hyperlocal’ have already encountered issues in how different sections of the same community interact. For example Nextdoor.com has had problems with neighbours ‘racially profiling’ people within their own communities.

It takes more than geography to make a community and there are often existing divisions within a small or ‘local’ area. This could be exasperated by the ‘echo chamber’ problem we already see across search and social platforms. Through personalisation of content we don’t see outside of our own world view. In other words the content we see serves only to reinforce rather than challenge our beliefs.

Picking up your local newspaper or reading their stories online is more likely to show you information from across the full demographic of your community. In the case of hyperlocalization of online content however it may serve only to provide us with information from a subsection of our community rather truly representing its full diversity.

We also need to stop pretending that everyday people are as good a source of information as trained journalists. Bulletin celebrates the quickness and ease of posting on its platform. It does not, from what I read in the promotional material, mention editorial guidelines or validity of content. Any journalist with a news organization has to adhere to editorial standards, research what they are writing and will at least attempt to convey news with some depth.

If Google chooses to show Bulletin stories in the same section as they show other news stories, - and I’m not sure where else it would show them - then it’s promoting them to the same level as actual editorial content without any of the checks and measures.

My final thoughts on this

I don’t think Google has deliberately set out to replace local news, I certainly don’t think they intended to harm the industry. However it would appear that local news is in decline and there is a gap in the market for Google to step into with Bulletin. The way it’s done this is typically clever, moving yet more content off proprietary sites which can show advertising or generate revenue in whatever way they damn well like, on to a platform owned and controlled by Google (ahem AMP, cough cough).

Google has also embraced the idea that we can all be part of the news. We can all share events locally and connect with each other through this. After the failure of Google Plus I’m not sure how far the ‘connecting’ side of things will go but we’ll have to wait and see on that one.

On the surface it sounds like a good idea, but the ramifications for local news sites could be severe, especially if Google prioritises content from its own service over that of other providers. It’s also creating further problems with placing equal or even more weight on unverified and unchecked content compared to that of a reputable publisher.

This could end up as little more than another version of Yell, mostly used only by businesses to promote events, or it could really take off like a localised version of Twitter with people en masse connecting and sharing within their communities. The crucial thing is that it doesn’t become a replacement for actual, verified news.

Owen Powis Published this article 6 Feb, 2018
Owen Powis is the CEO at Wordtracker and has spent his career working in the digital marketing sector. That time has been spent working at some of the UK's largest agencies dealing with clients ranging from SMEs to large blue chip organisations. With hands on experience ‘at the coal face’, multi-channel marketing is of particular interest, with a long-running bias towards SEO.