Google has confirmed a 'core update'

Posted by Owen Powis on 15 Mar, 2018
View comments Search News
Google says this is a broad update to its 'core algorithm', but what makes an update part of the core? Just what is that, how often can we expect Google to update and how will it affect your website? 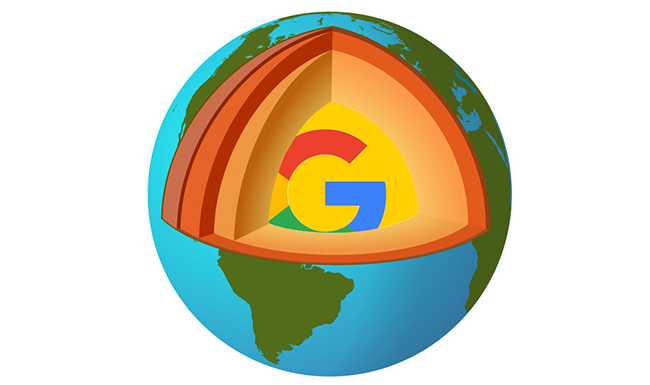 On the 12th of March Google released a statement via their, ever so slightly illicit sounding, 'Google Search Liason' Twitter account explaining that there had been a 'broad core algorithm update':

Each day, Google usually releases one or more changes designed to improve our results. Some are focused around specific improvements. Some are broad changes. Last week, we released a broad core algorithm update. We do these routinely several times per year....

As with any update, some sites may note drops or gains. There’s nothing wrong with pages that may now perform less well. Instead, it’s that changes to our systems are benefiting pages that were previously under-rewarded....

There’s no “fix” for pages that may perform less well other than to remain focused on building great content. Over time, it may be that your content may rise relative to other pages.

This Twitter account is operated by the well known Danny Sullivan, who now works for Google. It's interesting as it's packed full of great information confirming a few things about how Google updates work.

The aim - whether your site has been affected or not - appears to be to benefit rather than penalize sites.  Although one person's benefit is, of course, another's loss when it comes to rankings. According to the tweets it's aimed at 'benefiting pages that were previously under-rewarded'. This could well mean it has changed some of the weightings within the algorithm to better favour some metrics.

Google looks to have officially moved away from large named updates. Instead, it splits its activity between the occasional 'broad' update and smaller 'focused' updates. Danny Sullivan went on to explain this in more detail on his personal Twitter account, in response to Barry Schwartz:

We do some type of focused update nearly daily. A broad core algorithm update happens several times per year.

Broad and Focused appear to be referring to the type of update, both are being done to the core part of the algorithm:

So the focused changes are small targeted changes that happen to the algorithm on a daily basis. The broad changes likely are targeted on parts of the algorithm which affect more sites and have wide-ranging changes. Like the weightings of different elements.

The fact that Danny distinguishes the 'core algorithm' does imply that there is more than one algorithm. My guess would be that the core deals with the main parts of search and others deal with very specific parts, for example, penalties applied as a separate weighting over the core algorithm. However the focused and broad updates stated here are happening to this main 'core' part.

Owen Powis Published this article 15 Mar, 2018
Owen Powis is the CEO at Wordtracker and has spent his career working in the digital marketing sector. That time has been spent working at some of the UK's largest agencies dealing with clients ranging from SMEs to large blue chip organisations. With hands on experience ‘at the coal face’, multi-channel marketing is of particular interest, with a long-running bias towards SEO.