Election Day – Trump wins in search and at the polls

Posted by Rebecca Appleton on 9 Nov, 2016
View comments Search News
It was one of the most divisive campaigns in history, fought across swing states and social media. As the dust settles on a historic win for billionaire businessman Donald Trump, we look at whether or not search predicted what the pundits didn't. 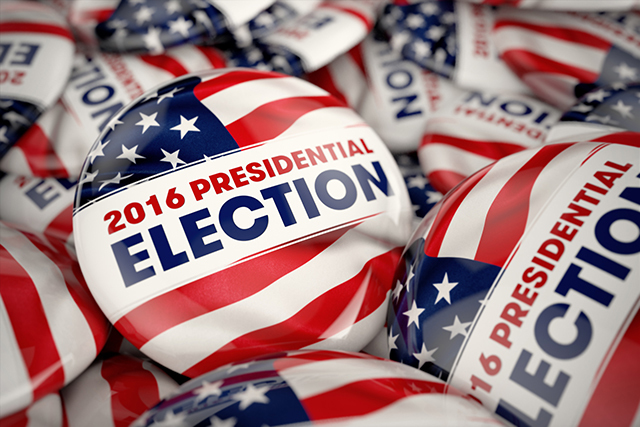 Going into last night’s results, Hillary Clinton was given a roughly 85% chance of victory, compared to Trump’s 15%. She had many more paths to the presidency than her rival and seemed to be on course for the White House.

However, while prevailing wisdom had Trump needing a miracle, a review of the search trends in the months and days leading up to Election Day told a different story. At times controversial and always good for a soundbite, Trump enjoyed the lion’s share of search volume.

In our Election Day piece yesterday we looked at who had dominated on Google, with Trump coming out a clear winner despite his outsider status:

On Election Day itself, the searches related to Hillary Clinton took on a negative overtone with the three most popular queries being:

Donald Trump meanwhile was picking up a lot of search interest for the search Vote For + candidate name, suggesting a greater level of intent as polls opened. 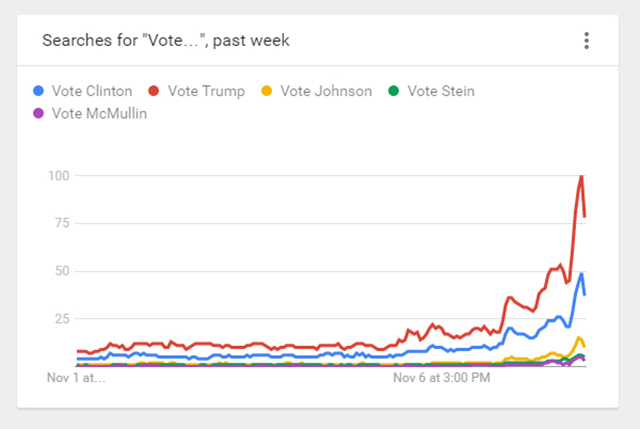 While early results gave some hope to Clinton, the search volume was overwhelmingly on Trump's side: 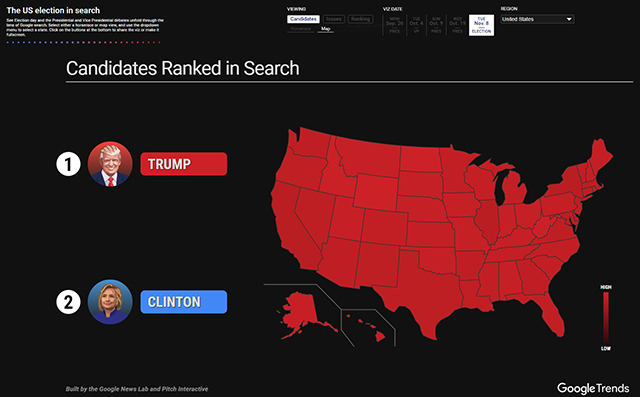 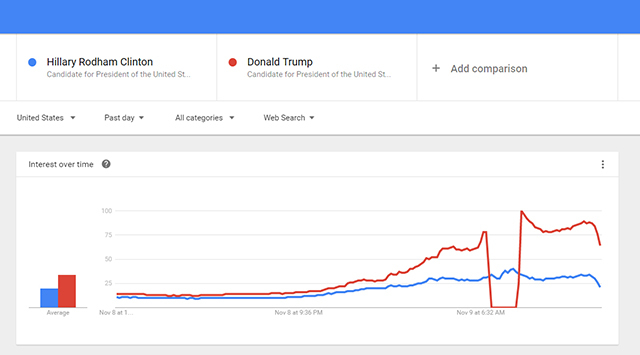 While political forecasters seemed to be suggesting a Clinton win, Google seems to have got it right all along with search insight showing greater momentum, interest and activity in the new President Elect for the duration of the campaign.

Meanwhile it was reported that Canada’s immigration website had crashed overnight - something widely attributed to a spike in traffic following the election results. 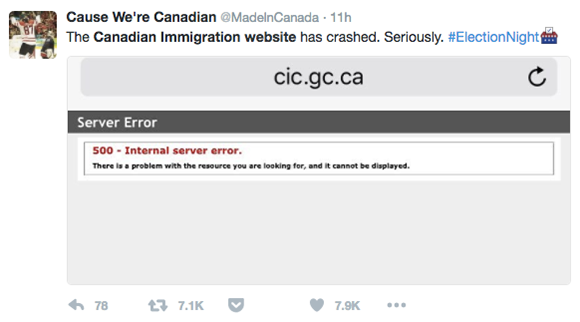 Rebecca Appleton Published this article 9 Nov, 2016
Rebecca is Wordtracker's lead writer and also the managing director of digital PR and marketing agency, Dakota Digital . She is a former Press Gazette Online Journalist of the Year award winner and holds a 1st Class Masters degree in Online Journalism. With more than 8 years experience at the forefront of digital marketing she works with small, medium and large organizations, across all main verticals, in the UK, US and Australia. She is also a published author and digital marketing columnist.

Google gives publishers back control... instead of paying them

Posted by Wordtracker on 21 October 2019

10 social media statistics you need to know for 2019 [infographic]

Posted by Wordtracker on 15 October 2019

Google says there is no single E-A-T internal score