Posted by Rebecca Appleton on 28 Sep, 2017
View comments PPC
Video as a medium has received a further boost this week with a number of news stories emerging to show just how relevant the format is. 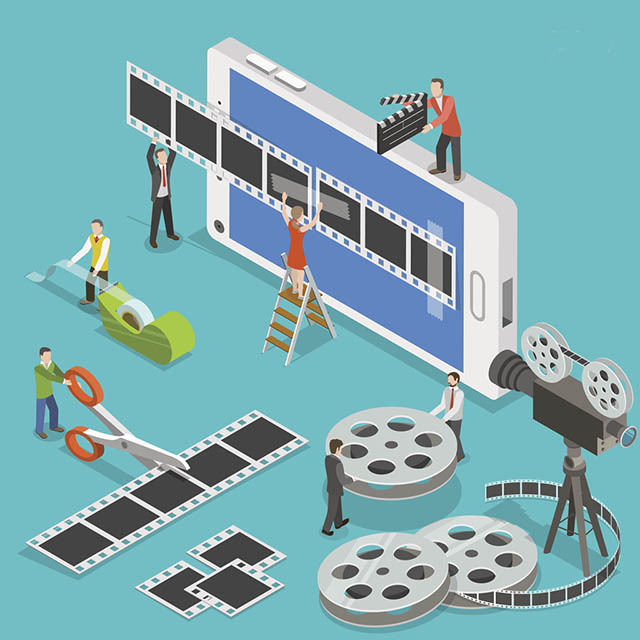 Mobile video ad spend is fastest growing in the world 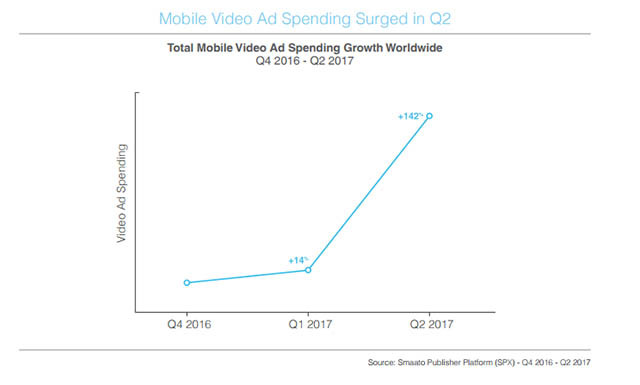 According to a new report, mobile video ad spend grew 142% in Q2, making it the fastest growing mobile ad format in the world. The Smaato Global Trends in Mobile Advertising report for Q2 2017 has just been released and cites exceptionally high user engagement, conversion rates and advertising effectiveness as key to video’s popularity. The report confirms that mobile ad spend on video had more than doubled in a single quarter. This surge has been driven by brand marketer adoption, with Smaato saying that marketers are increasingly choosing video ad formats because, “… of their ability to increase brand awareness (44%), reach more targeted audiences (34%) and increase the favorability of their brand (26%).”

Due to the high engagement factor, it is expected that spend on mobile video ads will remain strong in the coming quarters and into next year.

The huge spend increase in mobile video ads follows a more general trend towards mobile, with the Smaato data revealing that mobile ad spend and mobile ad values overall thrived in the period April – June. Mobile ad spend growth was biggest in the Americas, followed by the Asia-Pacific region.

AdWords launches new ways to connect and measure on YouTube

Hot on the heels of last week’s announcement that new AdWords dashboards to increase customization and collaboration were on their way, Google has revealed details of four new AdWords tools to better connect with audiences and measure impact on YouTube.

Google will expand its Custom Affinity Audiences to help advertisers deliver more relevant and useful YouTube ads. This expansion means AdWords advertisers will be better able to target ads to reach viewers based on the searches they do or the apps and places they like.

Intended to make personalization at scale more affordable, advertisers input the various components of their video ad (backgrounds, voiceovers and ad copy) into Director Mix. It then creates multiple variations of the ad to match the advertiser’s custom audience segments, removing the cost and time needed for the advertiser to create custom creative independently, and ensuring ads are highly relevant to each custom audience.

According to Google, “Campbell’s Soup used Director Mix to create videos with clever copy based on the content people were about to watch. For instance if you clicked to watch clips from Orange is the New Black, you’d see a bumper asking “does your cooking make prison food seem good? We've got a soup for that.” And it worked: Campbell’s earned a 55% lift in sales and a 24% lift in ad recall with this campaign.”

Video ad sequencing is a new feature that sits within AdWords Labs. It gives advertisers the tools they need to create a unique ad experience which unfolds over time depending on consumer reaction.

This tool means advertisers can be reactive rather than tied to a single video ad narrative, and lead consumers down different paths with different ads as appropriate.

The fourth in AdWords’ quartet of new tools and features for improved video ads on YouTube is new measurement options. Advertisers will be able to use a new global approach to measure sales lift, using Nielsen MPA (Matched Panel Analysis), which helps advertisers to determine which of their online ads resulted in offline sales. Google says in its research, video ads drove sales in 14 of 19 cases. 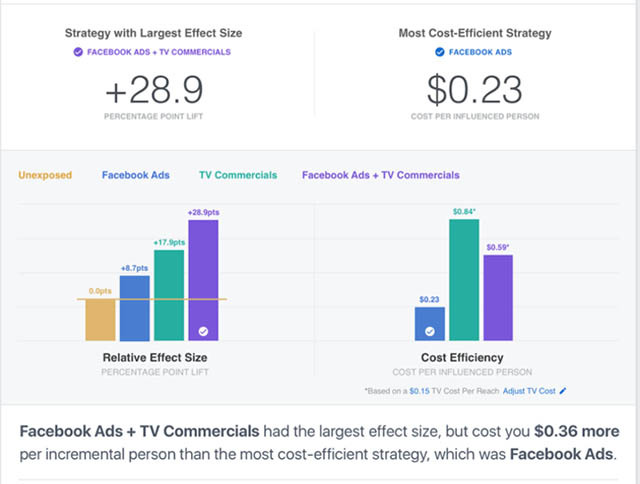 Facebook has also introduced new measurement options for advertisers, helping them to compare the impact of their Facebook ad campaign with that of their TV ads. The new measurement tool comes as part of the social network’s partnership with Nielsen and will make it easier for advertisers to interpret cross-platform data, allowing advertisers to measure brand lift and directly compare and contrast advertising effectiveness.

Want to find out more about using video and harnessing its usefulness? Read our latest blog post on video content and why video production should be part of every SEO and link building campaign.

Rebecca Appleton Published this article 28 Sep, 2017
Rebecca is Wordtracker's lead writer and also the managing director of digital PR and marketing agency, Dakota Digital . She is a former Press Gazette Online Journalist of the Year award winner and holds a 1st Class Masters degree in Online Journalism. With more than 8 years experience at the forefront of digital marketing she works with small, medium and large organizations, across all main verticals, in the UK, US and Australia. She is also a published author and digital marketing columnist.