Fact: $56.8 billion will be spent this year on generating website traffic, but only 2-3% of those visitors will actually convert. But why isn’t conversion going up? Gareth Davies listened to ecommerce conversion expert Bryan Eisenberg to find out how to increase those conversion rates.

People now have analytics and more advanced websites, and people are now much more comfortable buying online. Yet although across the board technology has improved, conversion isn’t going up.

According to Bryan Eisenberg, most websites do not have a massive traffic problem, but every website in the world has a conversion problem.

Even though this may be the case, conversion only gets a relatively small proportion of overall spend. Out of every $92 spent in the US to bring traffic to a website only $1 of that is allocated to convert. That’s a ratio of 92:1

Bryan believes that the reason this happens is that companies can lose perspective when it comes to advertising. They can become too focused on the sexiness of advertising, and thereby not focus on conversions. By doing this they encounter problems.

“Originality – the most dangerous word in the lexicon of advertising” - David Ogilvy (Advertising executive, 1911-1999)

He means your originality can kill your response.

With conversion optimization it is important to prioritize changes, because the average website could require hundreds or even thousands of changes in the process. Bryan stressed that is critical to start prioritizing, however a slice and dice approach is not recommended. Instead A/B testing can work well. Fix the big holes first, and then fix the little holes.

The importance of scent

“Conversion is a process not an event” – Bryan Eisenberg

‘Keeping the scent’ is an important factor in improving conversion. This is really about keeping a similar look and feel on the website so that it matches the referring page or advert that the user came from.

Ways to ‘keep the scent’ include things like using the same trigger words, graphics, colors, shapes and so on. The less scent and the more this becomes inconsistent, the lower the conversion is likely to be.

The four types of persona are: competitive, methodical, spontaneous and humanistic.

Each persona responds to different content, so it is important to have a range of web content to appeal to the four groups.

For example on a DVD website a spontaneous persona may want to see a top sellers list and new releases.

A humanistic may want to see detailed reviews.

A competitive persona may search by title.

A methodical persona will tend to search by genre.

“Tell the truth, but make the truth fascinating" - David Oglivy

“A good question to ask yourself when you're looking your website: If your customer knew what you know, why wouldn't they buy?” – Bryan Eisenberg

Limited time and resources can be a major barrier to improving conversion. One of the most effective ways to solve this is for the conversion consultant to provide monthly ‘to-do’ lists.

However monthly, scheduled ‘to-do’ lists that are based upon the number of hours a client has available to work on the project, can be a great way to achieve objectives.

5 changes that can have a big effect

Button labels – for Dell changing a button label from ' learn more' to 'help me choose' was worth millions in uplift from improved conversions.

Headlines – these can be very important part of the conversion process on a web page and so are a good thing to start testing.

Form headings – can be influential for conversion.

Form fields – can play a significant part in the conversion process. Having ‘Company’ as a required field on a form can cut conversion by up to 20%.

Badging – When used on products, badging images can increase conversion up to 50%. A badge is an image saying something like ‘Deal of the week’, ‘as seen on TV’, ‘Best of 2011’.

As well as using Google Analytics and Website Optimizer, Bryan strongly recommended using a range of other tools to optimize including:

• WebsiteTestingTools.com – for a range of tools
• BtBuckets.com - allows advanced segmentation for free
• Runa.com - deal optimization engine that is charged on a percentage basis
• Monetate.com - a next generation testing platform that is easy to use and fast 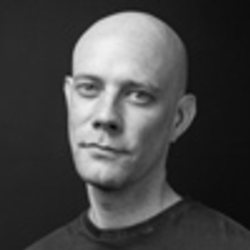 Gareth Davies has worked in online marketing and ecommerce since 2002. He is the author of two eBooks, and currently runs the agency AMZPro which specializes in Amazon marketing and SEO. Follow him on Twitter @GarethGSINC