Posted by Edith MacLeod on 17 May, 2021
View comments Marketing
Survey shows consumers would curtail purchases from favourite brands if ads showed near conspiracy theories or misinformation. 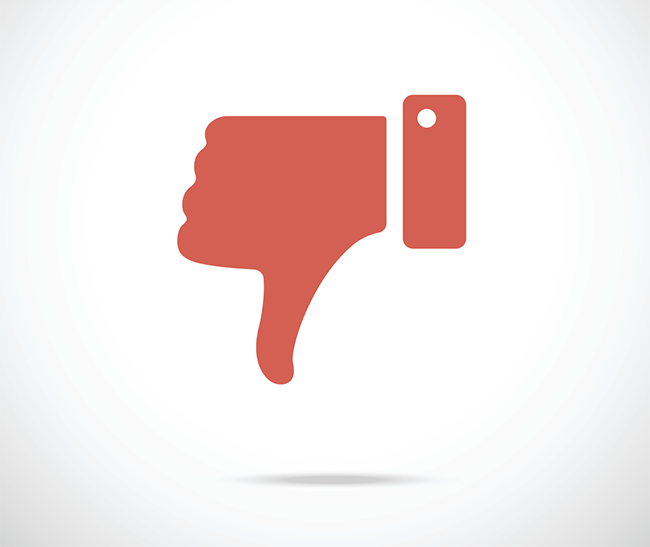 The past few years have seen an increase in online hate and toxic content, and the global pandemic has further fuelled the problem with conspiracy theories and misinformation proliferating online.

An ongoing and priority issue for brands is to keep their ads from appearing alongside content they would not want to be associated with.

A recent survey by the Trustworthy Accountability Group (TAG) shows it’s a highly valid concern, with the huge majority of consumers saying they would boycott brands whose ads appeared near such content.

The TAG surveyed a group of UK consumers in April.  Key highlights include:

Over 88% said they thought hate speech had increased online over the past year.

Growing awareness - over 83% said they were more aware than they were a year ago, of brand safety issues such as those involving advertising around dangerous, offensive, or inappropriate content. 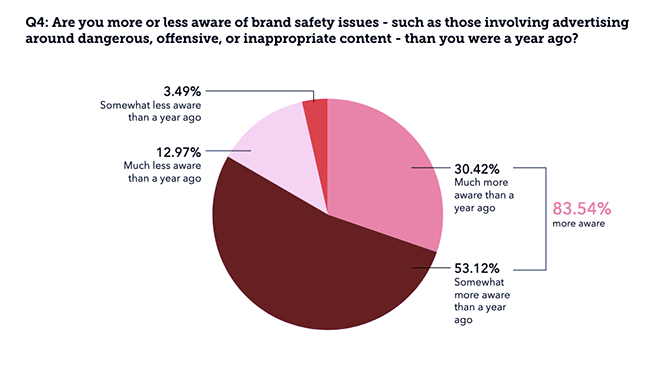 The overwhelming majority, over 91%, said it was important that advertisers make sure their ads are not placed on websites or apps that contain dangerous, offensive, or inappropriate content. 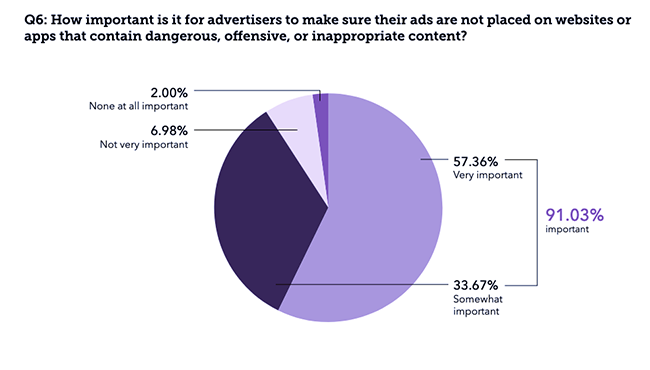 Most consumers said they would reduce or stop buying products they buy regularly if they found their ads had appeared near the following content:

Over 86% said they would feel more positive about a brand who took positive action, such as requiring all its ad partners to be independently certified to meet high brand safety standards for its ads.

Responsibility for ensuring brand safety was viewed as evenly spread between the major players - website owners, tech companies, advertisers and ad agencies - showing the need for an industry wide approach. 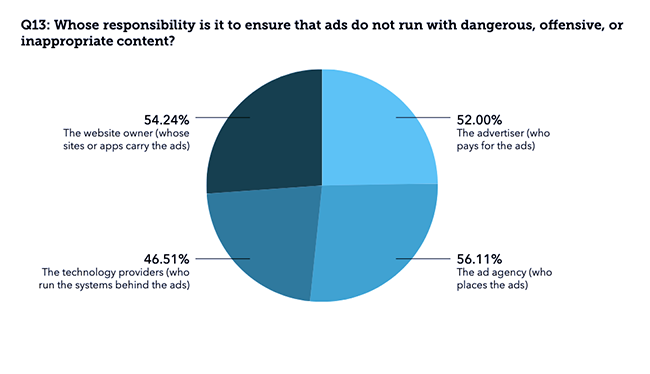 The survey results bore out the results of a similar survey of US consumers, held in December 2020.

Google’s measures include page-level action to stop persistent violators and continuing investment in automated technology to tackle the issue and protect advertisers from negative placements. 2020 saw an increase in hate speech and calls to violence online and Google took action against nearly 168 million pages under their dangerous and derogatory content policy.

In addition, Google last month started rolling dynamic exclusion lists in Ads, which will make it easier and quicker for advertisers to manage and exclude placements alongside undesired content.

Facebook has also responded after widespread criticism, announcing that topic exclusion controls would be tested for advertisers in News Feed.

Edith MacLeod Published this article 17 May, 2021
Edith MacLeod works in Wordtracker's Community and Content team. With a background in languages, in previous roles she has worked as a translator and interpreter and as a news editor, before moving into the world of SEO.