Posted by Andrew Tobert on 17 May, 2012
View comments Social Media
900 million users and a likely valuation of over $100 billion, yup, Facebook's days are numbered. Click here to find out why.

Laughable even, but hear me out.  Here's why Facebook won't survive the decade.

Facebook, despite all the impressive numbers, just isn’t a very effective moneymaker. According to their IPO documents, Facebook made $3.7 billion revenue in 2011. Not too shabby at all, but in December 2011 they had 845 million users. Assuming they averaged 700 million for the whole year, that’s just over $5 per user per year. And that’s revenue, not profit. Given that 15% of its revenue comes from one social game developer, Zynga, suddenly the whole system seems a bit fragile. Its current revenue model isn’t very effective at creating, y’know, actual revenue. I can’t remember the last time I clicked on a Facebook ad. Can you?

Facebook certainly doesn’t have anything to worry about in the short term. By opening up in new markets, like Brazil and India, it can boost user numbers and hopefully revenue. But its ability to squeeze money from users is sorely lacking. As mentioned, its ads are rarely clicked. Anecdotally, they’re badly targeted and the creative they use looks so woefully amateur I‘m surprised any brands use them. Indeed, General Motors recently pulled their entire Facebook advertising budget. Not everyone agrees with them for sure (least of all Ford), but if one of the world’s leading brands doesn’t spend ANY money with you, frankly you’ve got problems. Has any large advertiser said that about any other medium ever? Imagine if they said the same thing about TV? It’s unthinkable. Facebook will doubtless continue to experiment with ad formats but, almost ten years after its inception and countless billions of venture capital funding, shouldn’t they be doing a better job?

And then of course, there’s the cell phone. Facebook users in the United States now spend more time on Facebook on their mobile than their desktop computer Great news for the user, but terrible news for Facebook. There are fewer ads on the mobile site. Fewer ads mean less money.

So what can they do about it? The recent app store development should help. Brands will surely pay to use the Facebook API to create social experiences with their customers. But that doesn’t mean anyone will use them.

The simple fact is, just one percent of users interact with brands at all. It’s difficult to see how, even with Facebook’s data goldmine at their disposal, any brand could create something meaningful, that offered more than just 5 minutes of distraction. And then there’s privacy. Why would I volunteer to give corporations more information about me, just so they can sell me things I don’t need?

Facebook is still growing rapidly. It recently became the top social network in Brazil and may or may not expand into China. But what about its growth closer to home? Once Facebook becomes mainstream, it’s numbers stabilize and even start falling. From March 2011 to March 2012, Facebook lost 300,000 users in the US. And its worldwide profit was down too by almost $30 million.

Facebook was built for college students. (A face book, for those outside the US, is a photo album of your peers that you’re given before you start college). But those college students who were the early adopters (eg, me) are grown up now. Some of us have kids, mortgages, even jobs. Sure, we might post the odd comment, a video we like, but certainly we’re not the avid Facebookers we once were.

But that’s OK, right? I may have left college but there’s a new generation of college kids on the way surely? Well, no. According to Nielsen, the under 18s are the demographic that’s least likely to go on any social network. Isn’t this a bit odd? You only have to be 12 to have an account and we all know how much children like mimicking adult behaviors, so if Facebook was cool, a desirable thing, wouldn’t they all be clamoring to get an account? You don’t need to prove your age after all, so shouldn’t elementary schools be filled with kids who have given a fake birth date just to get on? Facebook was designed for college kids, but you’re more likely to have an account if you’re over 65 than under 18. Isn’t that just weird? My dad’s on Facebook, my little sister isn’t. Says it all really.

Why has this happened?

Doubtless, the ‘gentrification’ of the first generation of college kids has contributed. Likewise, the loss of a novelty factor means that, for most people, it’s not something they get excited about. This then leads to the loss of a ‘network’ effect. If no one you know is on Facebook, you have no reason to join. This is uniquely Facebook’s weakness that its competitors don’t suffer from. Twitter, which now has 500 million users and is growing rapidly, is much more about following people who interest you, rather than having a personal connection. Pinterest, still tiny, is as much about organizing ‘your’ web than it is about sharing. Flickr is for publishing photos and LinkedIn is, ultimately, an aid to help you find work. Facebook is the only network for friends to connect to each other. That’s great, but it only works if everyone does it. And nowadays, there are just too many alternatives.

For people of my generation, we’re busy, we have jobs, and our cell phone bills are not problems like they used to be. So if I want to contact my friends, I email them when I'm at work or call them when I‘m not. The only thing I really ‘need’ Facebook for is to keep in touch with my acquaintances. A nice thing to be able to do, sure, but not something to get upset about if I couldn’t, and certainly not something I can’t get outside Facebook.

When I was at college, we were still the generation that would take digital cameras on a night out then lovingly post the photos on Facebook the next day. Smart phones have destroyed that culture. Not just because they rendered cheap digital cameras unnecessary (and at any rate, we now just call them cameras), but the sheer volume of photos now on everyone's phones means that people no longer need to photograph themselves on a night out. It’s just not exciting anymore. Consequently, one of Facebook’s most appealing uses has been lost. I might just be getting old, perhaps the college kids still do this, but if Facebook wants to keep on growing, it has to find a way to stay relevant to its early adopters (me) whilst also attracting the next generation. If it doesn’t, the pattern we’re beginning to see in the US will be replicated worldwide. Regardless of the billions of users Facebook may or may not get, if it can’t hold on to them for more than five years or so, the whole thing begins to look rather unsustainable.

And so we arrive at the elephant in the room, Facebook’s purchase of the retro photo-sharing app for a cool billion dollars. Instagram, for the record, doesn’t make any money. I don’t mean money as in profit, I mean money as in revenue. If you’ve ever had a job, you’ll have made more money than Instagram. If your kid has ever had a job, they’ll have made more money than Instagram. All the money Instagram have ever spent has come from venture capital investments. Debt, in other words.

So why would Facebook spend so much money on an essentially valueless product? Partly it was defensive. Instagram was looking for a buyer and Facebook knew that Twitter was interested and wanted to maintain its position in the photo-sharing market. And of course culturally, old companies that are worried about their future often buy younger ones for over-inflated prices. See AOL’s purchase of Huffington Post, or News Corp’s purchase of MySpace for other examples.

But then again, why shouldn’t Facebook buy Instagram? I mean, it’s not their money either. For all its millions of dollars of profit, Facebook doesn’t have a billion just lying around in the bank, it’s taken on a debt. A big one.

The problem with bubbles is that they eventually burst, and the bigger the bubble is, the louder the pop. It’s possible I’m wrong, that Facebook looks back at Instagram’s billion-dollar price tag and thinks it worth it. Or that investors, having paid $38 per Facebook share, get a decent return on their investment, but there’s no denying that the stakes are getting higher. Can Facebook, with revenues of fewer than 4 billion really be valued at over 100? With profits of around $200 million a quarter, it would take 125 years for investors to get their money back. That’s assuming Facebook pay out 100% of their profit as dividend 100% of the time, which even they say is unlikely. (Read the IPO documents, they’re a little terrifying).

Yes, there is growth potential, but it’s not guaranteed. It could all just be one big fad.

Of all the businesses in the world, very few have successfully marketed themselves to everyone. There are, at most, a handful, but the most successful in my view is McDonald's. Here is a company that successfully attracts children and their parents, students and lawyers, the list is endless. Some groups will be over-represented for sure, but no one, from Shanghai to Seattle, Paris to Pakistan, feels unwelcome in McDonald's. This, truly, is one of the great business success stories.

But it’s also a trap. Businesses often feel they can pull off the same trick, but they can’t. Facebook was once exclusively for college kids (you had to have a .edu email address). They then expanded internationally, so other suffixes were allowed (eg, .ac.uk for the UK). Progressively, they loosened the restrictions and made themselves available to everyone. They became like McDonald's.

But I'm not sure it’s working. As mentioned, Facebook is becoming less and less relevant to my life and the lives of my friends. Where once, despite the lack of smartphones or even laptops, everyone I knew was on there every day, now only a handful are. And increasing numbers are dropping out altogether, without being replaced. The younger generation just aren’t as excited as we were.

Facebook’s much-delayed IPO will be interesting when it actually happens. What sort of return will investors expect? Which staff members will stick around having just become millionaires a hundred times over? What sort of revenue-generating tricks does Facebook have up its sleeve? Social gaming I’m sure will continue to be a money-spinner in the short and medium term. Apps likewise, might boost the bottom line, and 1 billion users will probably happen. But I’m still skeptical. I don’t think it can avoid Myspace’s fate.

Nowadays I can contact anyone I want instantly and for free in a thousand different ways. If I want to play games socially, there are apps (and websites) for that. And there are endless ways to take and share photos. Facebook was once the only and best place for these things, but it’s not anymore. It’s become an outdated gimmick. When I graduated in 2007, the first thing I did (almost) was post my graduation photos on Facebook. Will the class of 2020 do the same? Maybe they will in Sao Paolo or Beijing, but on the campuses of Harvard or Columbia? I very much doubt it. 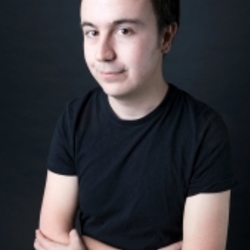 Andrew Tobert Published this article 17 May, 2012

Is ChatGPT really going to change SEO? Maybe, but probably not in the way you think.

Google Ads to allow CBD promotions in 3 US locations

How to use UGC in your sales funnel