Posted by Amanda DiSilvestro on 17 Jan, 2014
View comments Social Media
Amanda DiSilvestro examines the latest Twitter changes and discusses how you can take advantage of new features to improve your marketing strategies.

Not only are Twitter ads not going away, but they are expected to grow dramatically because it will be the first full year with their completed IPO. In other words, (and if we’re using Facebook as a benchmark), an IPO is going to mean nothing but big things for Twitter advertising for both the network as well as small businesses getting involved. According to Mashable, Twitter is on track to bring in more than half a billion dollars in revenue this year and is now valued at around $35 billion.

Whether Twitter is the first social network you want to master or the last, it’s easy once you understand how it all works (and unlike other networks, the process hasn’t changed much over the last few years). You do, however, have to ask yourself a couple questions:

Looking back at the changes we saw to Twitter ads last year is a great starting point to getting started and getting prepared for the changes we will see in 2014. A few of these updates and new features included:

May 22, the new lead generation cards feature was launched. This change helps advertisers find and connect with users outside of Twitter who might be interested in their message. This allows you, the company owner, to put a call to action button within the tweet, and then all a user needs to do is expand your tweet, click this button, and then share their email and name with your company all without having to leave Twitter.

July 23 saw the tv ad targeting feature. This helps marketers connect with those who have seen their ads on TV. According to the announcement, it works by using fingerprinting technology to automatically detect when and where a brand’s commercials are running on TV.

December 5, Twitter introduced tailored audiences. This allows your brand to share browser-related information with Twitter, so that your Twitter ad is only shown to people who have interacted with your site somewhere outside of Twitter. This helps you display your ads to only relevant users, and according to the announcement, companies who have used tailored audiences have shown impressive results. For example, Hubspot saw a lift of 45 percent over their historical averages.

In 2010, promoted accounts were actually launched, but December 11 they were added to timelines. In other words, with this new feature Twitter displays account recommendations on the timeline of mobile phones for users to connect with. The example Twitter used in the announcement was for a coffee shop and said, “A new coffee shop could run a geo-targeted Promoted Accounts campaign in timeline to build awareness about their business and explain why users should follow them.”

If you’re looking to get your company involved with Twitter ads to start using some of these new features visit the Twitter for Business page and simply follow the directions.

Once you get involved with Twitter ads, you’ll be able to easily grasp some of the new changes and use them to your advantage. It’s tough to say exactly what we’ll see in 2014, but many websites are predicting better user experience, embracing television, and more integration with Facebook. John A. Lee even wrote on ClickZ about whether or not Twitter Ads are on the verge of a feature development boom. Only time will tell!

These are some of the biggest Twitter changes from the past few months, but they certainly weren't the only ones. Tell us about the Twitter changes you saw this past year (and how you took advantage) in the comments below. 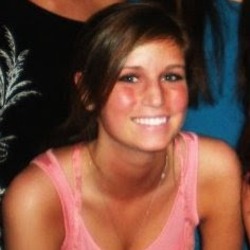 Amanda DiSilvestro gives small business and entrepreneurs SEO advice ranging from keyword density to recovering from Panda and Penguin updates. She writes for the nationally recognized SEO agency HigherVisibility.com that offers online marketing services to a wide range of companies across the country.