How to recover from a Penguin attack

Posted by James Newhouse on 23 Apr, 2013
View comments SEO
If your site is one of the 94% who haven't recovered from a Penguin attack, read this article - it may revive your rankings. From Wordtracker, the leading keyword research tool.

In April 2012, Google rolled out a change to its ranking algorithmic. Google Penguin, as it became known, hits sites where it hurts; in their rankings. One year on, many websites haven’t recovered their lost traffic. Yet rehabilitation is possible. James Newhouse, of digital marketing agency Receptional.com is one of the few people with experience of managing a full recovery. Here, he outlines his Penguin recovery strategy.

At the beginning of this year, he surveyed the same people to find out how many had recovered. The results showed that 94% of Google Penguin victims had not fully recovered

As we near the one-year anniversary of Penguin – with more updates expected – here is a proven approach to getting your site back into its deserved position in Google’s listings.

In April 2012, Receptional took on a new client, a major retailer. We can’t tell you who they are, but if you’re based in the UK, you’ll know the name, and we were very excited about working with them.

Keyword rankings, including those for the site’s brand name, had dropped by as many as 50 places in the search engine results. This was a real worry for a retailer that received around 70% of its organic traffic from brand name searches.

No other Receptional clients were affected by Google Penguin. And, at first, the update didn’t even have a name. So, all we could do was investigate.

We discovered that the drop in traffic had two causes:

Here’s a graph showing how our client’s traffic disappeared:

Figure 1: A screenshot from Google Analytics showing the drop in traffic for our client due to two link-based penalties.

Our team decided on two main objectives. In the short term, we had to create alternative traffic sources to replace the lost revenue. This would give us time to investigate the penalties further and decide how to overcome them. And the second, of course, was to recover as quickly as possible.

We kicked off with a review of all of the site’s backlinks. We wanted to understand why the client had been penalized.

Using Majestic SEO’s backlink data as well as Google’s Webmaster Tools data we discovered that the site had been affected by a negative SEO campaign targeted at a partner site that linked directly to our client. The attack planted hidden links within the CSS page styling. The attacker had used hidden anchor text that a search engine spider would clearly recognize as spam.

Luckily, this problem was easily fixed. We made contact with the relevant webmasters, who removed the links. We then submitted a re-inclusion request to Google, and waited to hear back.

When we did, the news wasn’t good. The re-inclusion request had been denied.

Oh dear! (To put it mildly) We clearly needed to investigate further.

Adapting the strategy in line with this new Google update

Google’s main objective with the Penguin update was to improve the quality of its search results. Google was penalizing websites with an unnatural back link profile – often due to black hat techniques – by giving them lower rankings.

We went for a “back to basics” approach. We decided to review of all of the site’s backlinks manually. Yes, that’s right. We downloaded all 30,000 backlinks into a spreadsheet and went through them one-by-one looking for spam.

It was a time-intensive method, but it gave us great insight into why our client had been hit.

First, we found a group of paid links that pointed at our client. We noticed, too, that the paid links pointed to other sites, which had also suffered from penalties.

However, the targeted websites were not suffering a penalty on their brand name. So, we concluded that there were two penalties at work: an algorithmic penalty (Penguin) and a manual penalty against the brand name.

We wanted our second re-inclusion request to succeed, so we invented a system for categorizing and removing the backlinks.

Once we had identified spam links, we approached webmasters to get them removed. Often, this involved dealing with blackmail: webmasters attempted to cash in on the removal of malicious links, asking for fees to take them down. Others were simply uncooperative or didn’t reply to our requests.

We made a second re-inclusion request. This time we included a covering letter meticulously documenting our research and our process. We were able to list:

Again, this request was rejected.

It was clear that Google had imposed a threshold – a proportion of links that needed to be removed before re-inclusion would be granted – and we had failed to hit that threshold.

But, we weren’t the only ones. And in July 2012, Google’s head of web spam, Matt Cutts, announced that Google would be creating a disavow tool as part of its Webmaster Tools suite.

As soon as the tool became available, we were able to add a list of links at both domain level (domain:sample.com) and link level, along with our comments.

We concluded that the disavow.txt file works in the same way as a robots.txt file. It is really just a list of domains/links that Google will ignore. Google treats the links pointing to your domain as if they don’t exist.

The team allowed six weeks for Google to re-crawl all of the links. Almost to the day, we received a message informing us that the manual (brand) penalty had been revoked.

Use the Disavow tool wisely

If your site has been affected by Penguin, it is crucial that you use the disavow tool wisely. By manually assessing our client’s backlink profile we were able to provide Google with a focussed list of links to ignore; the tool gave us control of the small percentage of inbound links that had caused the problem.

It’s also crucial to know whether you’ve been affected by an algorithmic penalty, a manual penalty or both. There are easy ways of knowing, but that’s a whole separate blog post.

If you abuse the tool and ask Google to disavow links that aren’t in breach of its guidelines, you could do more harm than good. You’ll be undoing your previous link building efforts.

If you are unsure it is always best to ask an expert to review your backlinks.

Our efforts meant that both the algorithmic and manual penalties were overcome. And, crucially, the client’s brand term returned to the top of Google’s results pages.

Our client not only started to appear in the search results again, but also experienced a 48% increase in its organic traffic, surpassing its original position before the link based penalties was imposed.

If you think your website has fallen victim to Google Penguin, we can help. Simply visit our Penguin Link Removal Service page and fill out the contact form. 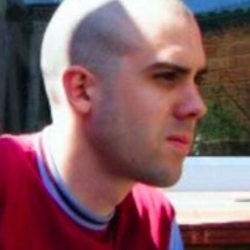 James Newhouse Published this article 23 Apr, 2013
James is Head of Link Building at Receptional. Shortlisted for Young Search Professional of the Year in 2013, James directs link acquisition campaigns that deliver successful results for his clients. Find James on Twitter or check out his website