Posted by Edith MacLeod on 23 Nov, 2021
View comments SEO
Google's redesign aims to make the tool more intuitive and clearer for data interpretation. We take a look at the new features. 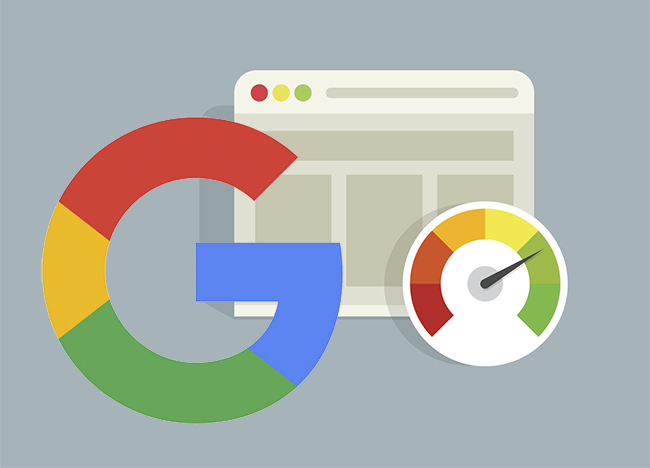 Google’s updated PageSpeed Insights tool has now been released, under a new url: pagespeed.web.dev . It's one of Google's most useful tools, allowing webmasters to see how their pages are performing against ranking criteria such as the Core Web Vitals.

Google had announced the major redesign earlier this month, saying they were taking the opportunity also to address interface-related issues which had made it difficult for users to navigate the report and interpret the data.

Separation of field and lab data

One problematic aspect of the old interface was the lack of clear differentiation between field data and lab data. (For a clear explanation on the difference between the two, see this web.dev blog post.)

Field data and lab data now have separate and distinct sections in the UI.  The field and lab data labels have been dropped and replaced by wording explaining what the data means and how it can help.

The field data section has been brought to the top and the lab-based performance score, which was shown at the top, has been moved down to the lab data section to avoid ambiguity about the origin of the score. 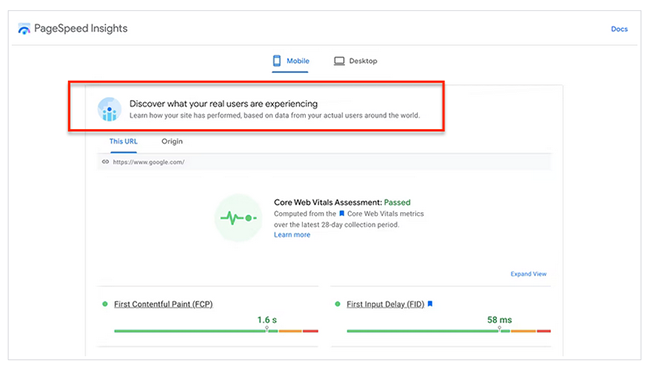 The assessment for Core Web Vitals used to appear simply as ‘passed’ or ‘failed’. It now has a separate subsection with a distinct icon in the field data, which helps it stand out. (See the field data section image above).

Google notes that there is no change in the assessment process for Core Web Vitals.

Clearer labels for mobile and desktop

Links to switch between mobile and desktop have been moved to the report page making them more visible, and showing more clearly which platform the data is being displayed for.

The origin summary, which provides the aggregated CrUX score for all pages from the origin, used to appear on clicking a checkbox. It has been moved to a new tab, under the field data section.

​​The report includes a new information section at the bottom of each field and lab card sharing the following information about the sampled data:

Google's aim is to make the distinction between field and lab data super clear, helping users who may have been confused about this. 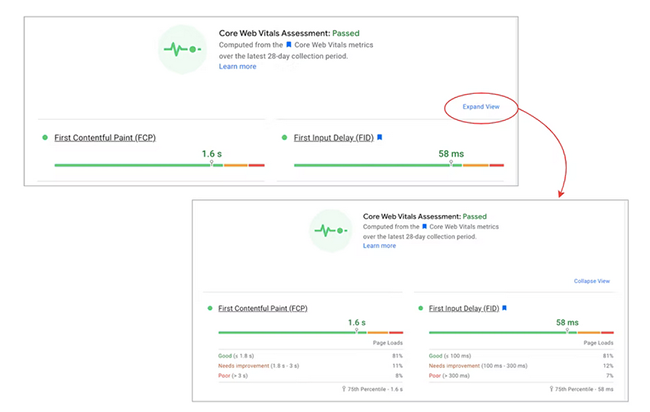 The page image screenshot has been removed. The image and thumbnails of the page displaying the loading sequence are now available in the lab data section.

Google is updating web.dev/measure to be directly powered by the PageSpeed Insights API. Previously developers would see different Lighthouse numbers in the two tools (mainly due to /measure originating all tests from the US). With both now calling the same API directly, users will get a more consistent experience.

When it announced the update earlier this month, Google said the tool was due a redesign and revamp and contained a lot of legacy code.

Addy Osman’s tweeted gif runs through the different designs the tool has had since 2013, so if you’re interested in the history check it out!

For more details on the update, see Google’s web.dev blog post: https://web.dev/whats-new-pagespeed-insights/
Up to date product documentation for the PageSpeed Insights tool is available here: https://developers.google.com/speed/docs/insights/.

Edith MacLeod Published this article 23 Nov, 2021
Edith MacLeod works in Wordtracker's Community and Content team. With a background in languages, in previous roles she has worked as a translator and interpreter and as a news editor, before moving into the world of SEO.