Posted by Edith MacLeod on 4 Jun, 2018
View comments SEO
Google makes it easier to connect AdWords accounts to their Optimize testing tool and allows for testing multiple keywords across campaigns and ad groups. 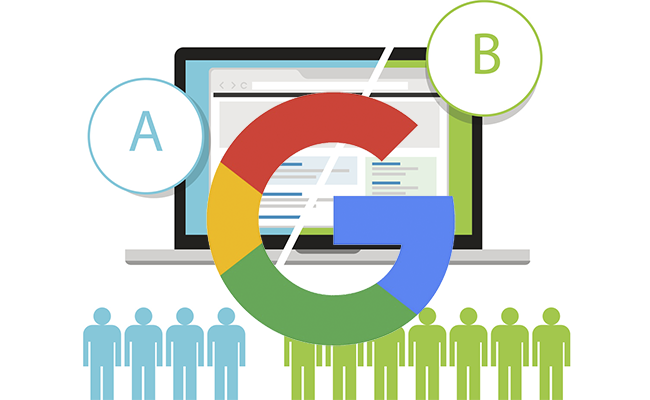 Testing different versions of your website landing pages is a crucial part of improving your users’ experience and so boosting conversion rates.  Google’s free Optimize tool allows you to change and experiment with landing pages using A/B, multivariate or redirect tests.

Google’s Optimize integration with AdWords was available in beta last year, for marketers to test landing pages related to their AdWords accounts. Google has now announced a direct integration with the new AdWords experience. Accounts can be linked following these steps.

Webmasters will be able to link multiple accounts at one time. Linking an AdWords manager account will automatically pull in all the sub-accounts, so you can connect data from separate campaigns and ad groups.

A new feature announced by Google at the same time is the ability to run a single experiment for multiple keywords across different campaigns and ad groups.

This means you can learn more from one test, using the results to serve up relevant experiences for two user groups rather than just a single one.

Google Optimize has a free version and a paid version, Optimize 360, which is part of the Google Analytics 360 suite. You can see the main differences between the two versions here.

Edith MacLeod Published this article 4 Jun, 2018
Edith MacLeod works in Wordtracker's Community and Content team. With a background in languages, in previous roles she has worked as a translator and interpreter and as a news editor, before moving into the world of SEO.