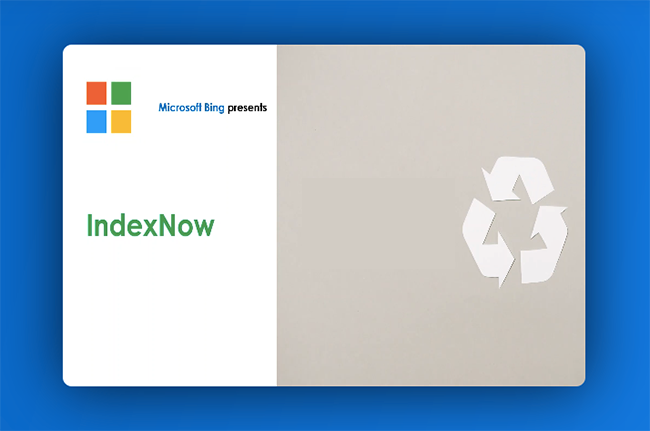 Launched last November, IndexNow has been gaining ground since. The initiative is a fundamental change to indexing, relying on push rather than pull, with webmasters alerting search engines of new content and updates to existing content, rather than waiting to be seen.

In the same blog post, Microsoft said the IndexNow protocol was already being used by over 80k websites.

Support for IndexNow is growing

According to their blog posts announcing the integration, Rank Math has over a million WordPress sites using it, AIOSEO has over 3 million active installs, and Duda has nearly 1 million active websites.

Microsoft itself has an IndexNow Wordpress plugin to make the integration process easier for Wordpress sites.

Google is not as yet participating, but they told SearchEngineLand last year that they would be testing the protocol.

Getting started with IndexNow

Implementing IndexNow for your site is a straightforward process.

Check out the IndexNow implementation page for a step-by-step guide.

Edith MacLeod Published this article 2 Mar, 2022
Edith MacLeod works in Wordtracker's Community and Content team. With a background in languages, in previous roles she has worked as a translator and interpreter and as a news editor, before moving into the world of SEO.