Posted by Edith MacLeod on 21 Jan, 2020
View comments Search News
Details are emerging of big ranking fluctuations following the 14 Jan core update. Here’s an overview of the impact and what we know so far. 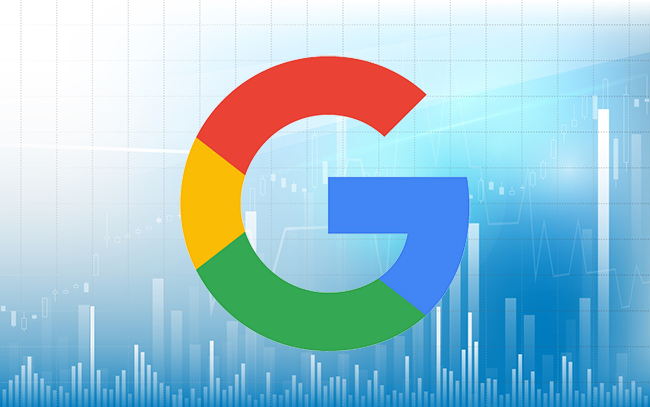 The Jan 2020 core update started rolling out on 14 Jan and Google tweeted on the 16th that it was “mostly done”.

The general consensus seems to be that this was a big update. Algaroo shows large fluctuations in the affected period, before returning to normal levels on the 18th.

The high volatility compared for example to the October Bert update, can be clearly seen.

Rank Ranger reported “extreme levels of rank volatility on both desktop and mobile”: 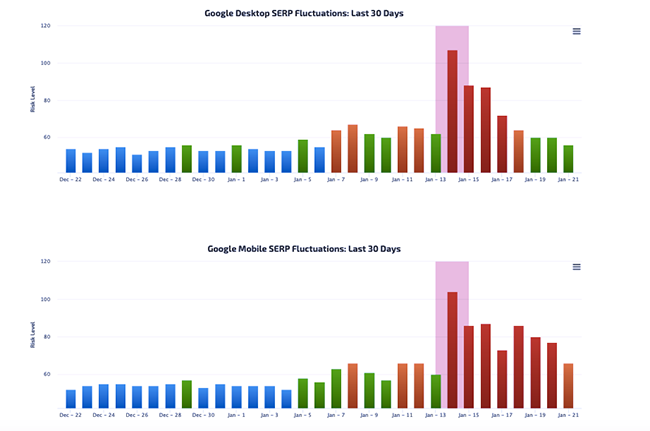 adding that “Per a data analysis, and consistent with almost all other core updates to this point, Your Money Your Life niches were significantly impacted, more so than other industries (as can be seen in the below graph)”: 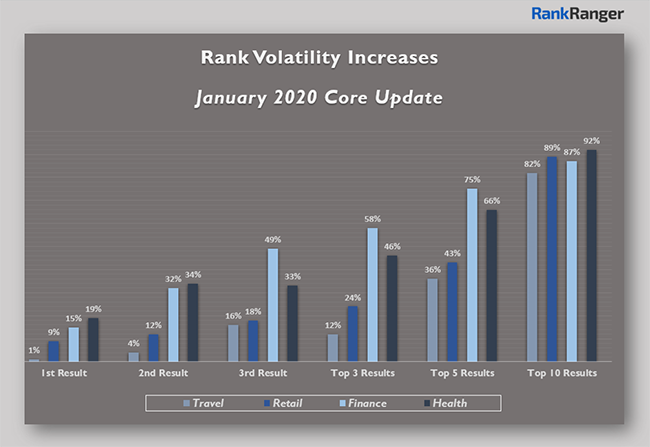 “Google remains on the same path with this core update: Domains that relate to YMYL (Your Money, Your Life) topics have been re-evaluated by the search algorithm and gain or lose visibility as a whole. Domains that have previously been affected by such updates are more likely to be affected again. The absolute fluctuations appear to be decreasing with each update – Google is now becoming more certain of its assessment and does not deviate as much from the previous assessment.”

Johannes Beus said these core updates are Google adjusting its trust in entire domains based on machine learning, meaning sectors such as health and finance are proportionally more affected. “With the last Core Update, Google widened the circle of affected domains and the trend continues.”

Gains and losses reported by Sistrix showed a range of sectors and content types beyond YMYL, with the losers including 4 from the car buyer sector. 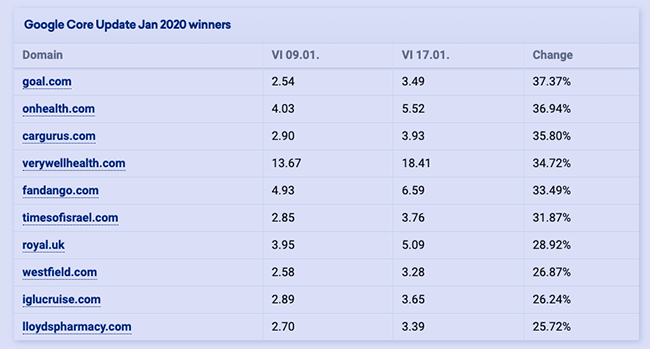 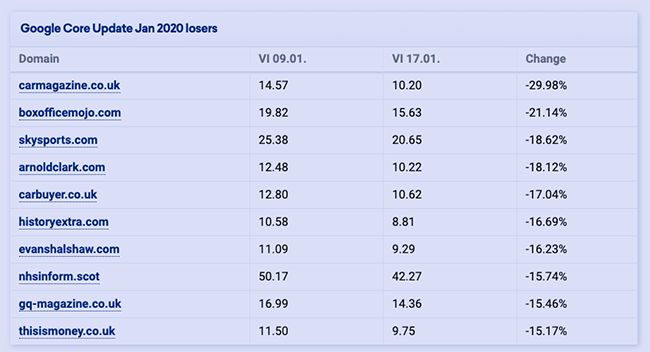 The Jan 2020 update does appear to have been a big one and you should check your rankings to see how you or your clients are affected.

Edith MacLeod Published this article 21 Jan, 2020
Edith MacLeod works in Wordtracker's Community and Content team. With a background in languages, in previous roles she has worked as a translator and interpreter and as a news editor, before moving into the world of SEO.

How the tech giants made their billions in 2021 [infographic]