Google announced on 3 Dec that it would be releasing a broad core algorithm update - the December 2020 Core Update - later the same day.

Google typically releases a core update every few months, and the last one was in May.

RankRanger is showing large flucutations on 4 Dec for both desktop and mobile SERPs. 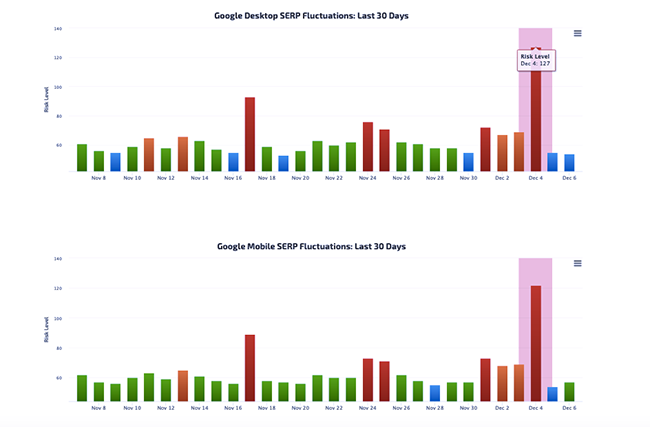 Google's advice to sites hit by a core update can be seen here.

We'll be updating our blog as details emerge about the impacts of the core update.

Edith MacLeod Published this article 7 Dec, 2020
Edith MacLeod works in Wordtracker's Community and Content team. With a background in languages, in previous roles she has worked as a translator and interpreter and as a news editor, before moving into the world of SEO.