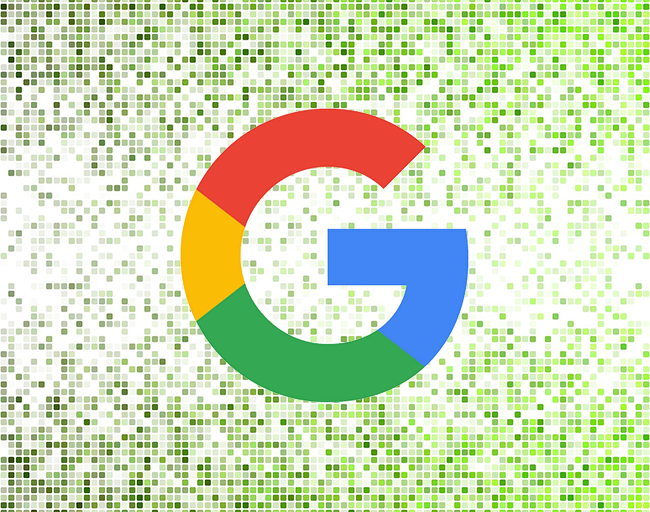 Google is currently rolling out a broad core update which it named the November 2021 Core Update.  Following the brief pre-announcement tweet, Google confirmed when the update started rolling out later the same day, 17 November.

RankRanger and other tracking services reported a spike in fluctuations on the 18th, with volatility then returning to more normal levels. Of course, Google has not confirmed that the update has completed, and said as usual that it would take one to two weeks to fully roll out, but this shows the update hit hard in the first 24 hours before slowing.

Many SEOs questioned Google's timing for this update, with Cyber Monday, Black Friday and the big holiday shopping season just around the corner. Google's Danny Sullivan took to Twitter to respond. He said people shouldn't be panicking, and that "the reality is core updates make no huge change for most". However, he added that Google would take the feedback on board.

SEO and marketing planning for the holiday season will be well advanced or completed by this stage, so the timing isn't great as, even if your site is not affected, it's one more thing to think about.

With the update still rolling out it's too early to see the full effects, but SEOs have already started documenting ranking changes they're seeing.

Early reports from Sistrix said reference sites were among the biggest winners so far. 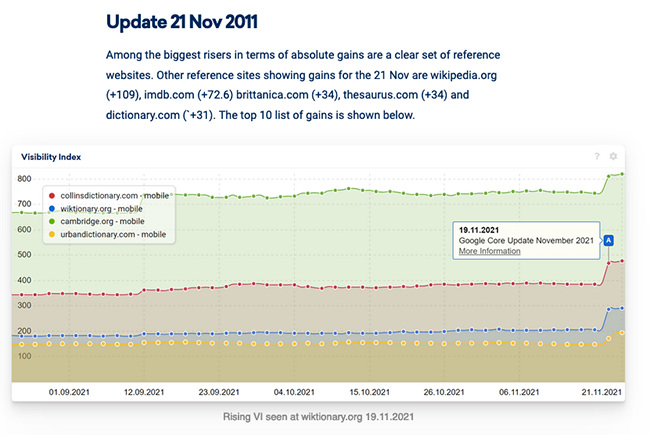 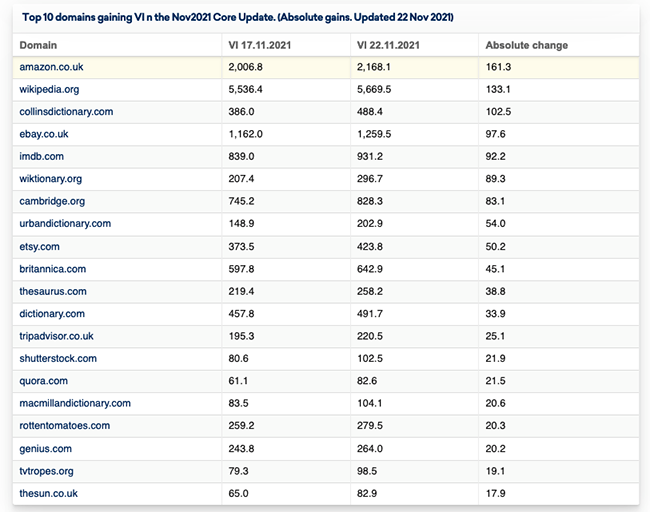 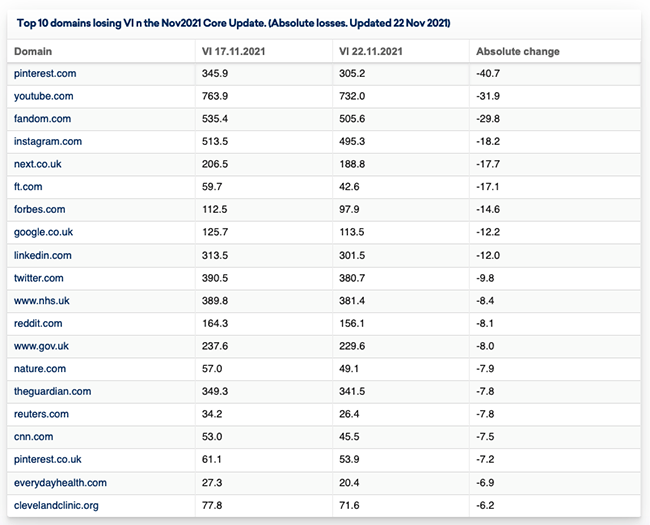 RankRanger and other tracking services reported a spike in fluctuations on the 18th. Activity then returned to normal levels, indicating the update hit hard in the first 24 hours and then slowed.  Of course, Google has not confirmed that the rollout has completed.

As always when a core update rolls out, it's worth keeping an eye on your analytics and rankings over the following couple of weeks. Even after the rollout completes it can take a few weeks for the impact to settle. Google points people to its guidance for webmasters on how to handle Google's regular core updates.

**Update 30 Nov** In a tweet on 30 Nov, Google confirmed that the November 2021 Core Update had finished rolling out.

Edith MacLeod Published this article 22 Nov, 2021
Edith MacLeod works in Wordtracker's Community and Content team. With a background in languages, in previous roles she has worked as a translator and interpreter and as a news editor, before moving into the world of SEO.