The Pros and Cons of Google Local carousel search

Posted by Julie McNamee on 27 Jun, 2013
View comments Search News
The Pros and Cons of Google carousel search from Wordtracker.

You may have been noticing Google's new local search feature recently - the carousel. If you haven't already noticed it, you will do in the near future. But what are the pros and cons for local SEO?

Here's what I'm talking about:

The images are activated when certain local search terms are used - the example I've used above is Japan attractions. Searching for New York restaurants should bring it up also (in theory - the carousel hasn't yet rolled out everywhere and based in the UK I'm not seeing it for every term yet - there's a list of them in this blog post).

You might expect to get to the photo's web page when you click on one of carousel images, but that's not the case. What you get are the search engine results for that particular attraction or business instead:

Zagat reviews are pulled in plus a large Google Map image on the right-hand side.

Again, clicking on an image will result in search engine results for that restaurant's branded search term to appear (eg, if I clicked in the first image I would be given the search results for Hampton Inn & Suites).

What are the pros of the carousel?

Make sure Google gets to see your images

You'll definitely need to claim your Google+ Local and Google+ Business pages and you'll also have to populate it with some stand-out images. This study shows that people are going to click on images on the left (in the west, anyway) so if your results are to the right, you'll need a really good one to attract attention. The higher Google ranks you, the further left you'll appear, by the way.

Google's SERPs pages are in flux. They've been looking for ways to emphasize local search for a while now, and this is another step in that direction. However, it's early days yet as to whether the carousel will have an overall positive or negative effect on local businesses. 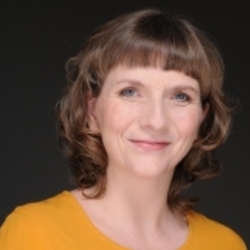 Julie McNamee is a freelance writer, blogger and editor with her own travel blog Quirky Travel.

Featured Snippets and how Google understands News; Clarification from Google