Posted by Wordtracker on 20 Mar, 2018
View comments PPC
Google has been announcing a raft of new developments and features to help with users' ad campaigns. Here’s our roundup.

Custom intent audiences were launched in November last year and Google says they can be “an effective way to move undecided customers to action using the persuasive power of video.”

To get started, just create a keyword list for your video campaign in the new AdWords experience.

Google says custom intent audiences are likely to drive the best results when paired with the new TrueView for action format, which will be globally available later this month. These video ads allow users to customize a call-to-action which will appear along with their video ads on YouTube. 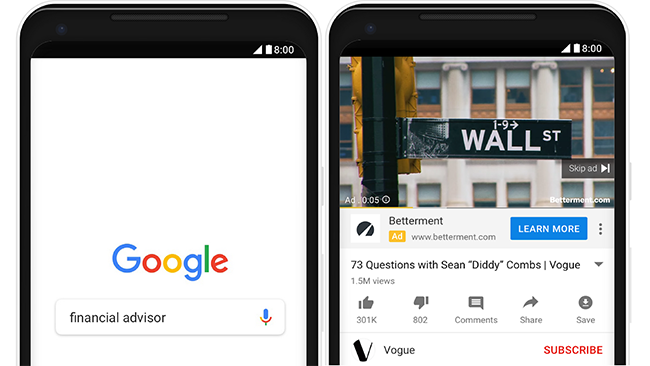 A Google search query and a TrueView for action ad as seen on mobile devices.

Google gives the example of investment firm Betterment which used custom intent audiences to reach YouTube viewers who recently searched for financial keywords on Google. It says the company saw a 6X increase in return on ad spend compared to previous YouTube campaigns, and a 245% increase in searches on Google.com, including their brand term: Betterment.

Notes and Recommendations are two new features in the new AdWords experience which will be rolling out in the next few weeks.

Notes will allow users to add explanatory information straight into the UI. Useful observations relating to changes such as spikes in performance can be entered and shared with colleagues across the business. 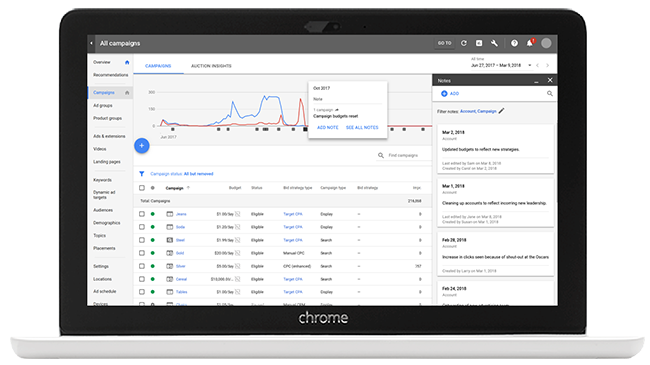 The Opportunities page has been renamed Recommendations. The aim is to improve campaigns by directing advertisers to actionable fixes for their ad campaigns and to highlight new, relevant features which might be utilised.

The Recommendations page shows 16 new types of recommendations tailored to the specific account. This means users won’t see every kind of recommendation and sometimes may not even see any.  Suggestions include adding audiences or keywords, pausing or removing poorly performing keywords, uploading customer lists, fixing editorial issues with the ad and so on. 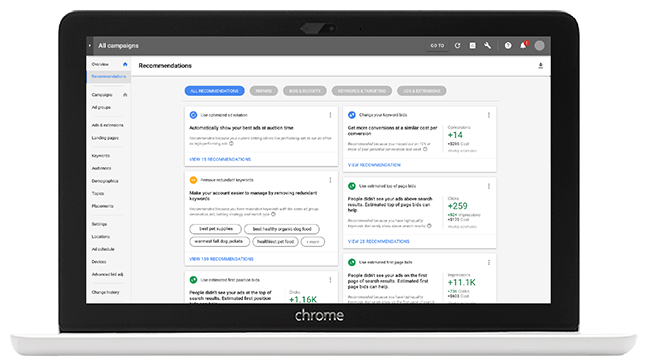 Google says a Performance Score will also be available soon. This will be integrated into the Recommendations feature and the aim is to help users prioritize improvements in their campaigns.

Wordtracker Published this article 20 Mar, 2018
We provide information and education, keyword research and digital marketing apps, as well as support and help when you need it.