Google Ads: broad match modifier to be phased out

Posted by Edith MacLeod on 8 Feb, 2021
View comments PPC
Phrase match to be expanded to include broad match modifier traffic. Here’s how it will work. 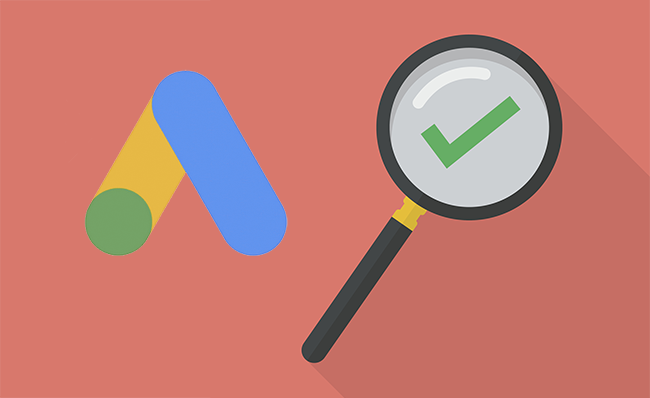 Google Ads has announced a major change to its keyword match types.

The changes will start rolling out in two weeks.

Google gave further examples of how matching behaviour will change following the update. 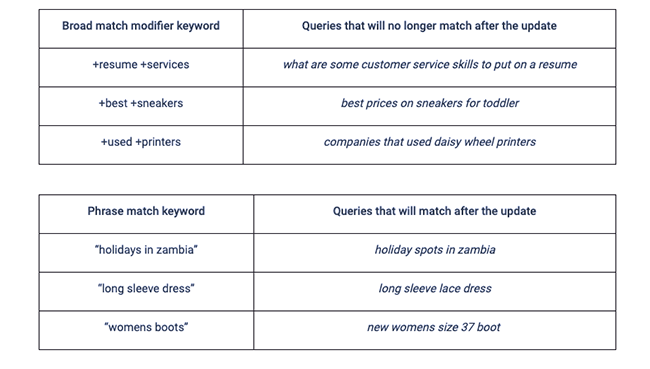 With Google’s improvements over the years and better understanding of search intent, it says “phrase match and broad match modifier often serve the same use cases, and ... you can reach more of the right customers through a combination of the two.”

The change will start rolling out in mid-February to both phrase match and broad match modifier.  Because the change is happening to both match types there’s no need to take any immediate action.

In July, once this has rolled out globally you won’t be able to create new broad match modifier keywords.

“Starting mid-February, both phrase match and broad match modifier keywords will begin to transition to this new matching behavior.3 Because this behavior will be applied to both match types, you won’t have to take any immediate action—you’ll keep your performance data and have no need to migrate your keywords.

Google says the changes are being rolled out gradually to minimize disruptions, and support for broad match modifier will be phased out.

Google will be issuing notifications as the changes roll out. It directed users to its Help pages for further information.

Edith MacLeod Published this article 8 Feb, 2021
Edith MacLeod works in Wordtracker's Community and Content team. With a background in languages, in previous roles she has worked as a translator and interpreter and as a news editor, before moving into the world of SEO.