Posted by Edith MacLeod on 26 Apr, 2022
View comments PPC
The scope of the strike system for repeated ad violations which launched last year is being expanded. 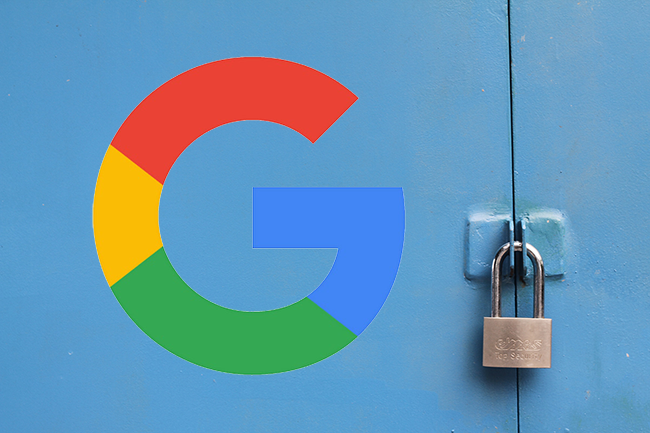 Google has published a list of nine more policies which will fall within the scope of its 3-strikes system on repeated ad violations.

They come into effect on 21 June, with a gradual ramp-up over 3 months.

Google first announced the 3-strikes system for repeated ad violations in June 2021, and launched a pilot in September.  At the time, Google said the plan was to expand the scope of the system in a phased way to include more policies.

Under the pilot, warnings and strikes were issued for violations in three areas:

These types of ads have been prohibited for a long time, but the system of increasing penalties for repeated violations was new.

Under the 3-strikes system penalties are increased for each repeated violation, starting with a warning and ending with an account suspension on the third strike. 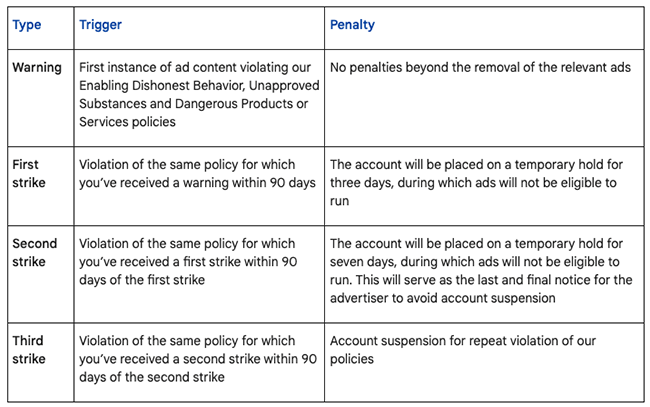 Advertisers are notified of a warning or strike by email. On the first or second strike you have to correct the violation and send an acknowledgement to Google that this has been done in order to serve ads again.  You can also appeal an enforcement decision.

Google says your account will continue to remain on hold until you take action to either acknowledge or appeal the strike.

Strikes expire after 90 days and Google says the account is considered in good standing if there are no additional violations.

Google provides more detail on the 3-strikes enforcement policy on its Help page.

Edith MacLeod Published this article 26 Apr, 2022
Edith MacLeod works in Wordtracker's Community and Content team. With a background in languages, in previous roles she has worked as a translator and interpreter and as a news editor, before moving into the world of SEO.

Google rolling out May 2022 core update

The beginner's guide to Google penalties