Posted by Edith MacLeod on 18 Sep, 2022
View comments PPC
New workflows and reports being rolled out, bringing ad extensions and assets together. 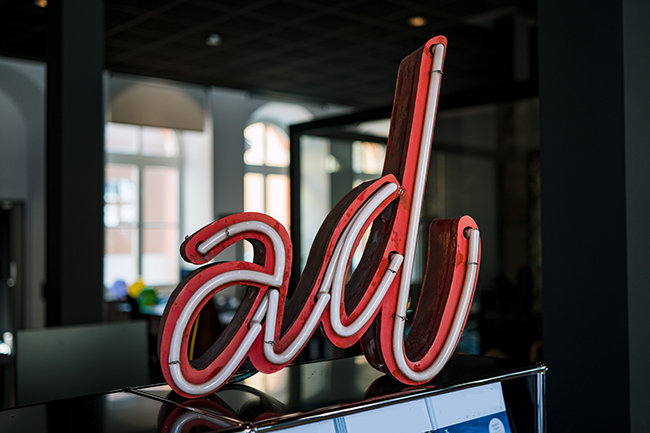 In a blog post last week, Google unveiled a series of new workflows and reports in Google Ads which will be rolled out over the coming weeks and months.  Ad extensions and assets will be brought together in this process, and ad extensions (eg sitelinks, price, image extensions etc) will now be called assets.

Previously, when creating a campaign you had to manage assets such as sitelinks or image extensions in separate steps. Now, they’re in the same step when you create a Search or Performance Max campaign. 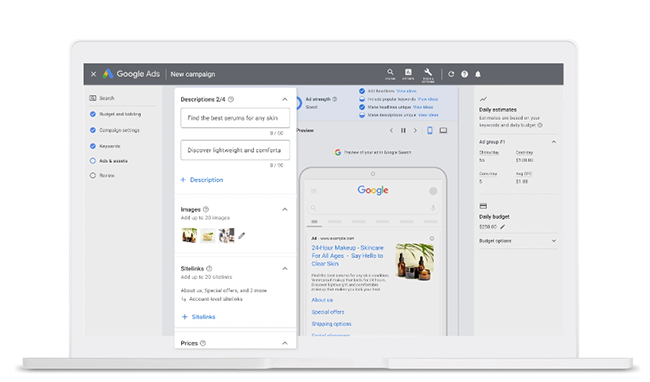 The preview tool automatically updates as you create assets and apply them to your campaign, and Ads will recommend assets based on your campaign goal.

Assets you create as part of this new set up workflow will be available when you work on other campaigns and ad groups. This update will be rolling out in the coming weeks.

A new assets page will give you reporting for all the assets across your account.  The Assets view will show headlines and descriptions, while the Associations view will show assets like prices and images. 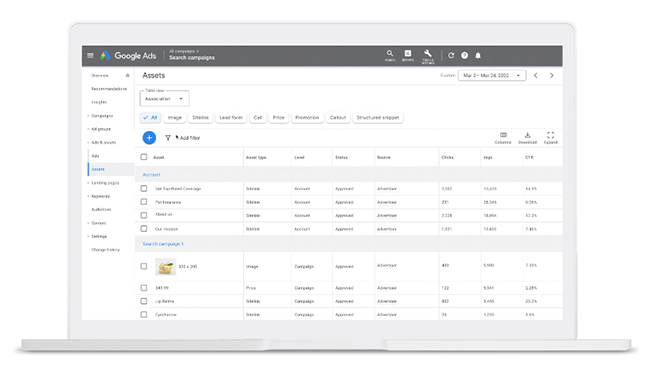 An updated combinations report will show you assets such as sitelinks, callouts and so on, alongside your headlines and descriptions, making it easier to review your creative as a whole.

Google says unified reporting in the Assets page will roll out over the coming weeks for all campaign types that previously supported ad extensions. The combinations report will roll out in the next few months.

Existing ad extensions will transition to assets automatically and maintain their associations at the account, campaign and ad group levels

Learn more about assets on Google’s help page for Assets.

Edith MacLeod Published this article 18 Sep, 2022
Edith MacLeod works in Wordtracker's Community and Content team. With a background in languages, in previous roles she has worked as a translator and interpreter and as a news editor, before moving into the world of SEO.

Posted by Edith MacLeod on 18 September 2022

How to build a customer loyalty program [infographic]

Posted by Wordtracker on 13 September 2022