Why micro-influencers will make or break your influencer marketing strategy

Posted by Michael Peggs on 9 Oct, 2017
View comments Marketing
For anyone running a business in the 21st century there’s no escaping influencer marketing. Love it or hate it, influencers can be a powerful tool for generating online exposure. 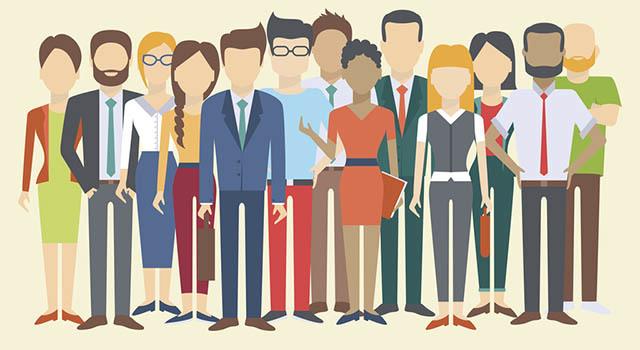 Whether they're called micro-influencers, social media influencers or digital content creators, these people are the new frontier for companies wanting to engage with digital marketing

If you think it’s time to dip a toe in the waters of influencer marketing, read on to find out who they are, where to find them, how to differentiate between the good and bad, and how to work with them.

Micro-influencers are those tech-savvy individuals who have discovered that social media and other digital channels such as blogs are actually a great way to make a profit and build a career. These channels include everything from Instagram to YouTube and a host of other options in between. Micro-influencers usually have audiences of between 10,000 and 100,000 people and regularly engage with their audience members via their content. There are micro-influencers who produce travel blogs, others who show off the latest fashion trends, and still others who just take great photos of food. In the last decade or so, search engine optimization was the name of the game. Now, you’re going to have to think more about your micro-influencer strategy if you want to reach new customers.

If you’re wondering what these micro-influencers can offer your company, all you need do is imagine what would happen if a micro-influencer agreed to show off your product to their audience. If they post a few photos of the product in question, you’ve automatically gained access to tens of thousands of consumers who you couldn’t reach before. That’s the direct benefit that comes from working with digital content creators. 94% of companies running influencer marketing campaigns agree that they really work.

Old Navy for example works with a wide range of micro and macro influencers. They recently worked with Meghan Rienks, a major social influencer, who showed off various Old Navy outfits and how to style them. This gave Old Navy access to more than a million followers across her social channels.

Keep reading to learn more about how to integrate micro-influencers into your influencer marketing and broader digital marketing strategy.

What are the different types of influencers you can work with? 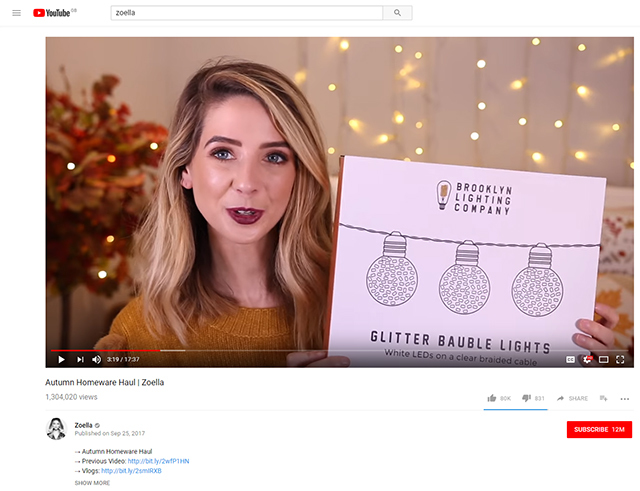 When you want to work with influencers, your digital marketing team has to understand a couple of key points. First of all, the type of content micro-influencers create is going to differ depending on what digital channel they use. If you have a micro-influencer who mainly focuses on Instagram for example, they will use photos as their main medium. YouTube influencers will obviously use video. Bloggers will typically produce written content with images. The influencer’s primary channel will determine what kind of content they develop around your brand.

In addition to the cost consideration, micro-influencers often have a more intimate connection with their “smaller” following than macro influencers. This means that they’re more likely to be trusted by their audience members. Indeed, it’s been shown that 70% of teenage YouTube subscribers say they relate to YouTubers more than traditional celebrities.

How do you tell which influencers are good and bad?

If you haven’t guessed this one yet, then we’re going to let you in on a little secret. With the rise of true digital content creators on social media, has come a simultaneous rise in “fake micro-influencers”. These are the creators who use fake accounts to make their numbers look larger than they really are and who buy likes to improve post engagement.

As a company, you need to be aware that these fake influencers are going to do nothing for your brand and will give you no return on your investment. A fake Instagram account is definitely not going to go buy your product or service or become a loyal customer. You can easily check whether an influencer is real or fake using a tool such as Fohrcard. This will help you to determine whether an influencer has many fake followers or not. Other options include TwitterAudit. 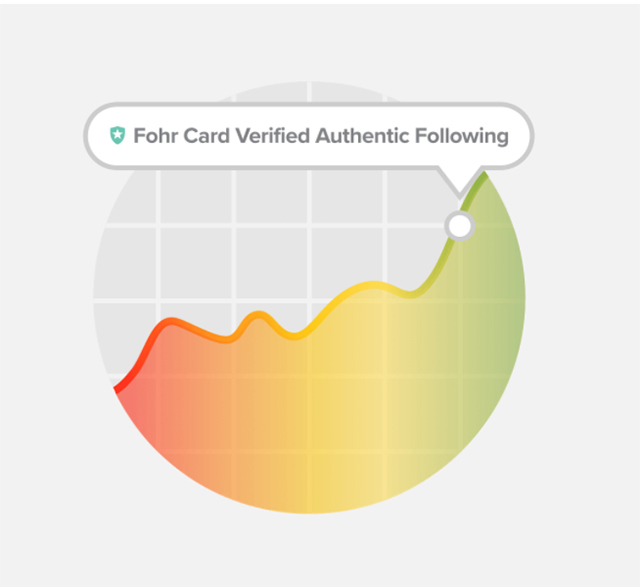 When looking for good micro-influencers, be sure to take a look at their engagement levels as well as their follower count, especially when it comes to comments. If there are consistent fan and follower totals engaging with the content and expressing an interest, then this is most likely a high-quality influencer.

How do you find micro-influencers?

Now that you know how to spot good influencers and what kinds of influencers you should be looking out for, it’s time to start finding them! The best place to start is within your own fan or customer base. Wouldn’t it be fantastic to find that you already have micro-influencers who are engaged with your products and who are much more likely to say yes to your partnership proposal because of that? Use a tool such as AgoraPulse to research which of your followers are social media micro-influencers.

Another way that you can find influencers is with a program like Brand24, which uses hashtags and keywords to find the right influencers for your brand. If you create travel products for example, then you can use this tool to find travel micro-influencers using hashtags like #travel, #travelphotography and #travelersnotebook. 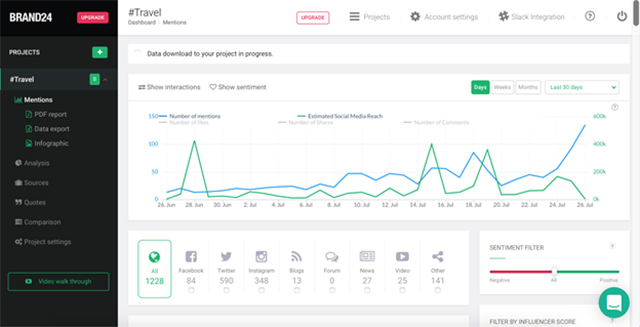 What do you do with your options?

Now, before you reach out to these influencers, you should determine what you are actually going to ask of them. Do you just want them to post a few photos on Instagram with your product shown prominently? Or maybe you would love for them to do a video on YouTube, unboxing and reviewing it? No matter which kind of influencer you are going to use, make sure to tailor the proposal to what you think they would be interested in doing.

How do you determine post-campaign success?

Assuming that you have just finished up your first campaign with a micro-influencer, it’s vital to determine whether this strategy was successful for your company or not.

Ideally, if you gave a product or two to an influencer, you should have given them a discount code at the same time. This gives their followers money off when they buy your products. This tactic does so much more than just giving a good discount. It also offers a way that you can track the conversion from engagement on the micro-influencers post to sales for your brand. You can cross-check how many people engaged with their content and how many people actually used their code. If the ratio is high, then that means this really is a great influencer to work with and you can further the partnership. If it’s not, then you should think about moving on to new influencers.

Micro-influencers are the new frontier for many companies who want to boost their digital marketing strategy. They often have strong connections with their audience members which can mean greater exposure, trust and engagement for your brand.

Have you worked with micro-influencers before? How did you measure success? Share your experiences with us in the comments. 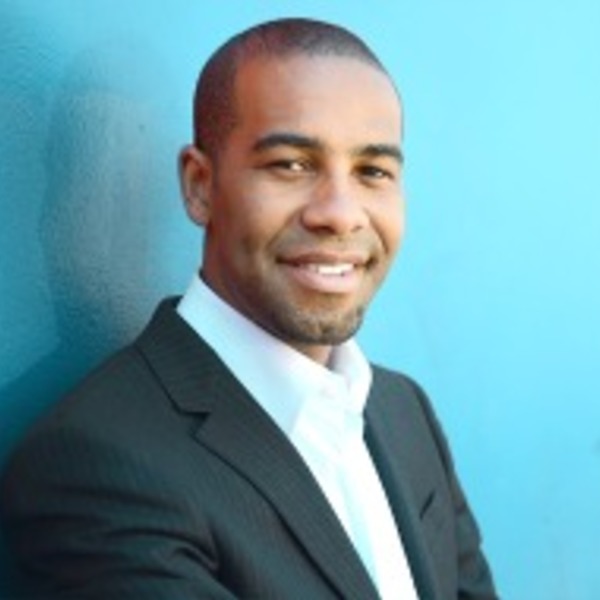 Michael Peggs Published this article 9 Oct, 2017
Michael Peggs is the founder of Marccx Media, a digital marketing agency specializing in Search Engine Optimization (SEO) and Search Engine Marketing (SEM). Before Marcxx, Peggs worked at Google in business development, forming digital media and advertising partnerships in the United States and Asia. He is also a contributor to The Huffington Post, FastCompany and Business Insider as well as and podcaster, hosting the iTunes Top 10 New & Noteworthy Podcast You University.

Posted by Andrej Kovačević on 1 June 2021