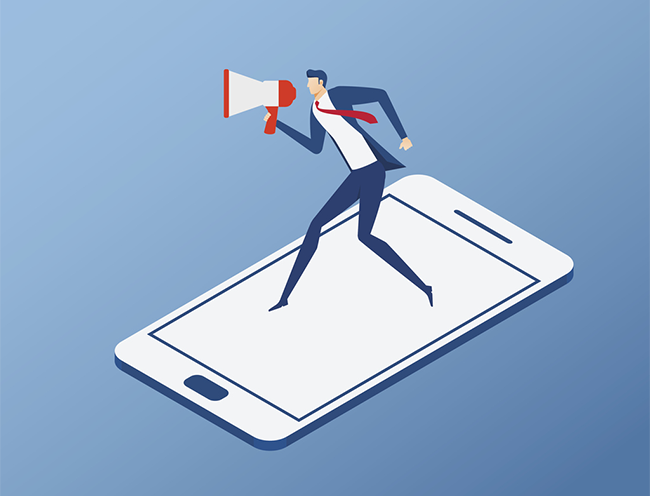 Mobile marketing is any activity that promotes products and services via mobile devices, such as tablets and smartphones. It is essential for any business that wants to stay relevant in today’s world. As of 2020, there are already 3.5 billion smartphone users globally. This is expected to grow to 3.8 billion in 2021: 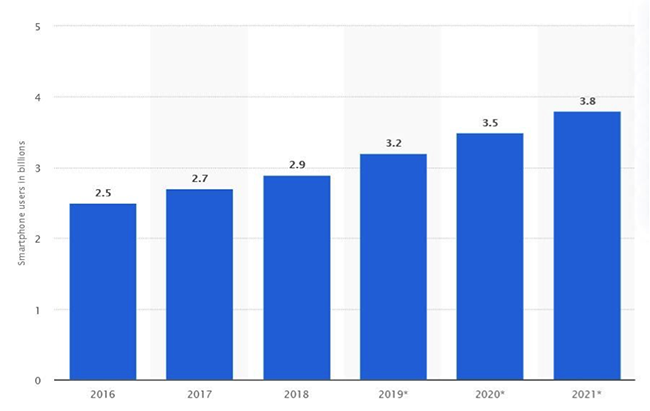 Mobile marketing is a channel you cannot afford to ignore. But there is an art to doing it well. If you want to leave a long-lasting impression and grow conversions, you’ll need to get creative and wow your audience.

In this article, I’ll share several creative mobile marketing campaigns that hit exactly the right spot. Hopefully they’ll inspire you and spark some ideas for your own campaign. Let’s get started. 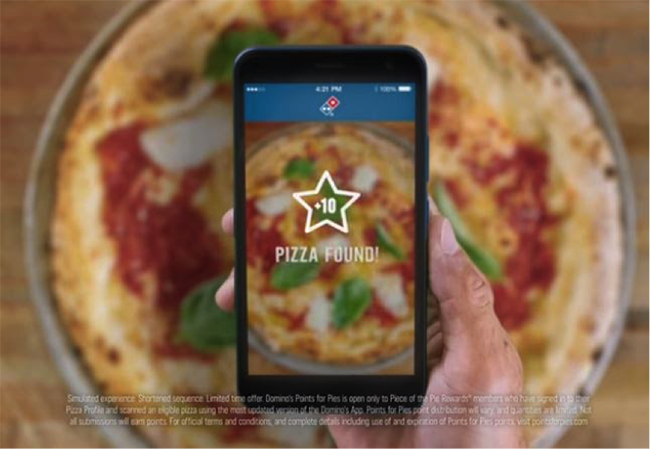 In 2019, Domino’s launched its Piece of the Pie Rewards program ahead of the Super Bowl. The program ran from February to April, and allowed customers to earn points by scanning their pizzas using the Domino’s app.

Each pizza, even if not purchased from Domino’s, was worth ten points. Other purchases of Domino’s products were also worth points. To get a free medium two-topping Domino's pizza, all a user had to do was collect 60 points. Dennis Maloney, Domino’s’ Chief Digital Officer, said this was the first time the company had used AI technology in its advertising.

Domino’s launched this campaign at a time when Pizza Hut, its direct competitor, dominated the airwaves as the Super Bowl’s official sponsor. The stroke of genius? Even if a customer ordered from Pizza Hut, they could still use the app to gain points. This increased brand awareness and encouraged them to interact with Domino’s even as they were ordering from its competitor.

The success of this program hinged upon one universal truth: everyone wants free stuff, especially if it’s pizza. There were clear benefits to the consumer for joining the Domino’s Pizza reward program, with no risk. Once people were part of the reward program, Domino’s could market to these new users by email.

So if you’re starting a mobile marketing campaign, remember to give your customers something they really want. A points system is great because it encourages purchases while giving something back to the consumer. The trick is to create a low barrier to entry, high reward system. 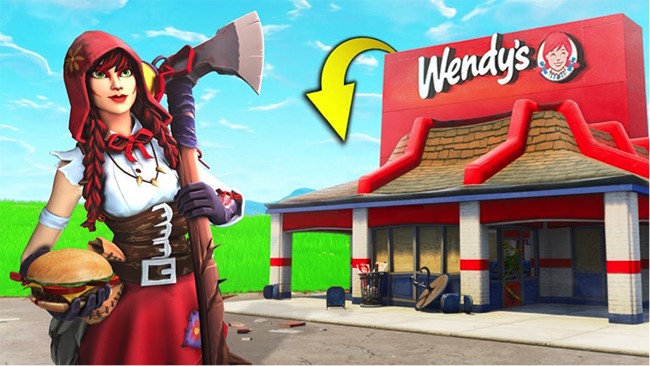 The key to a successful mobile marketing campaign is to pay attention to your audience’s interests and preferred platforms. This was exactly what Wendy’s did when it capitalized on the popularity of Twitch, a live-streaming service for gamers, and the popular game Fortnite.

The campaign started when the fast-food chain, which has a “no frozen beef” policy, joined in with a social media debate on which fictional Fortnite restaurant was better: Durr Burger or Pizza Pit. “We never joined #TeamBurger because Durr Burger is full of freezers and we don’t clown around with the frozen beef. So now we’ll officially declare #TeamPizza and start the real fight, the war on frozen beef,” Wendy’s said on Twitter.

That alone caused quite a stir, with over 1,000 people responding to the tweet. Amongst the responses was this one from DiGiorno, a North American frozen pizza brand:

But Wendy’s did not stop there. The company created its own Twitch account and live-streamed a story about a red-headed Fortnite character - who happened to resemble the Wendy’s logo - ridding the world of Durr Burger’s restaurant.  The result? Hundreds of Fortnite players helped Wendy’s in its quest.

This stunt offers a great example of how to leverage trends to make your brand relevant. By combining skillful mobile marketing with the enormous popularity of Fortnite, Wendy’s created a hugely successful and memorable campaign. The lesson is clear: keep up with what’s current, and utilize it in your marketing. 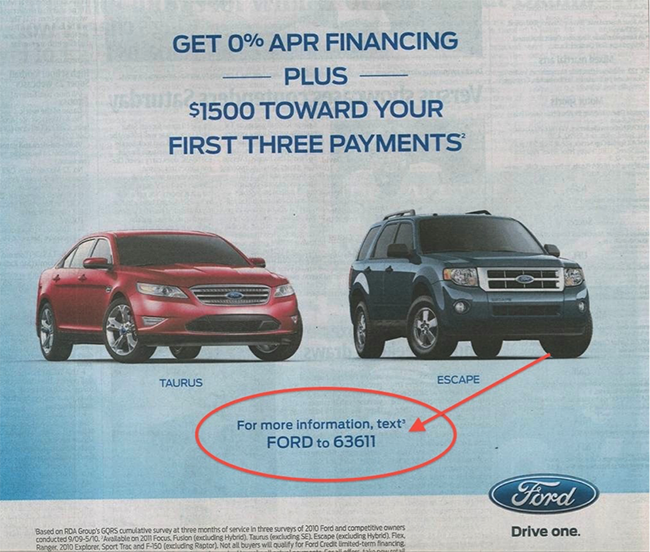 The call-to-action, printed in newspapers, invited readers to send an SMS to receive more information about car financing options. Respondents were then asked to text the vehicle model they were interested in, their zip code, and their full name to be contacted by a local dealer.

Users had to complete the sequence because if they didn’t, they would receive the same reminder text until they either sent their details or opted out. This campaign was successful because Ford made the barrier to entry so low; what could be easier than sending a single text message?

Be strategic if you decide to use SMS, though. If you do it wrong, you could annoy your potential customer, which will have the opposite effect to the one you’re after. Make sure you give a clear and simple way to opt out. 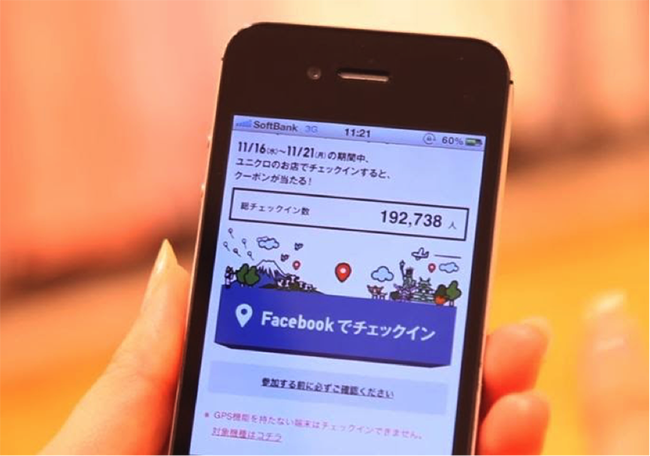 Japanese clothing company Uniqlo was about to launch its yearly sale in 2011 and decided to promote it using Facebook. At the time, Facebook was the most popular social media platform for the company’s young target audience.

The Uniqlo Check-In Chance campaign invited customers to “check in” on Facebook at any of Tokyo’s 62 Uniqlo stores during the sale. They would then be entered into a prize draw to win a 100 yen coupon.

The beauty of this campaign was in its simplicity, and it garnered an astounding 202,479 check-ins. The Uniqlo Facebook page netted 10,000 likes as a result of the campaign, and store footfall rose to record highs. In three days, Uniqlo sold over 10 billion Japanese yen (just under $93,000) worth of clothing.

The lesson? Keep it simple. In addition, offering an incentive such as entry into a prize draw never hurts if you’re trying to get customers to take action. 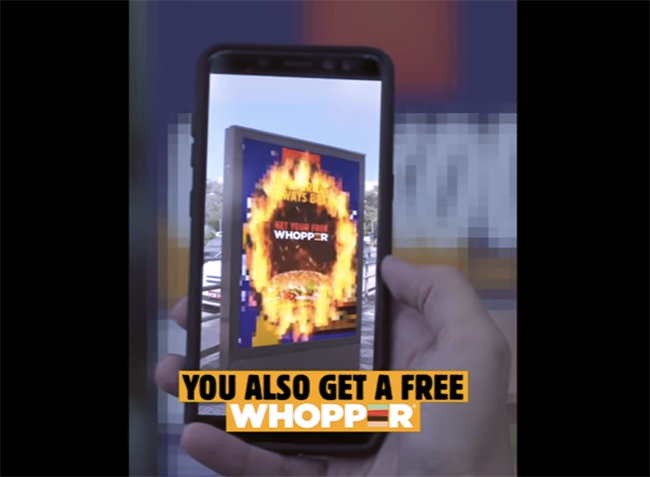 The campaign, launched in Brazil, urged people to “burn” the ads of Burger King’s competitors using the AR feature in the company’s app. Once the ad “burned down,” the user could claim their prize: a free Whopper from the nearest Burger King restaurant.

While there are some ethical concerns with this campaign, it gets top marks for creativity. It played upon brand familiarity (Burger King’s famous flame-grill) and used it in a new and unexpected way.

The use of AR drove engagement, and the giveaway pulled people into Burger King’s restaurants (where many would buy fries or a Coke to go with that free Whopper). Not only that, but the mobile-based campaign was also used to introduce Burger King’s mobile order system to new users. All this in one clever campaign - you can’t get any more efficient and effective than that!

Don’t be afraid to utilize new technology in your ads, and to get creative to use it in unexpected ways. 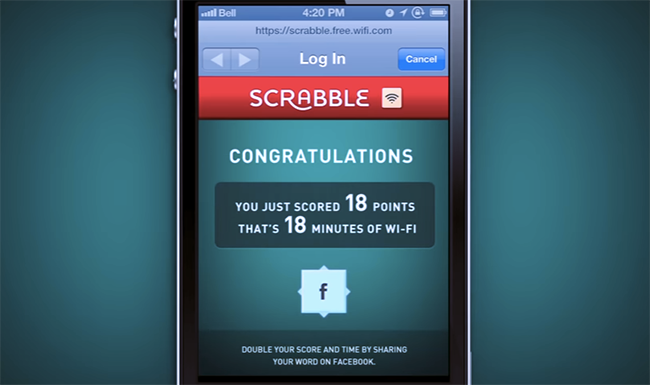 In 2013, Scrabble set up free Wi-Fi hotspots throughout Paris. With the help of advertising agency Ogilvy Paris, the company focused on putting the hotspots in areas where Wi-Fi connections were notoriously patchy.

The two companies then announced that the passwords to use these hotspots would be given to people who demonstrated their spelling abilities by playing Scrabble through the app.

All users had to do was connect to the Scrabble network. They would then be given seven random letters and tasked with creating a word. Their score was automatically converted into Wi-Fi minutes. Players who shared their word on Facebook could also double their score and their Wi-Fi minutes.

This campaign was built around the idea of playfully encouraging the use of correct spelling, at a time when “text speak” was in widespread use.

The results were astounding: in just two weeks, people played more than 6,000 words and the companies gave away more than 110,000 minutes of Wi-Fi. It was an incredibly successful way to promote the Scrabble brand by playing on its stated mission of “bringing letters and people together”.

These six examples only scratch the surface of mobile marketing and the wide variety of powerful opportunities it represents.

With mobile marketing, you have a world of tools and technologies at your fingertips to help you reach your audience. Aside from social media and SMS, there’s also augmented reality, artificial intelligence, games, live chat, live-streaming platforms, and more. The possibilities are endless if you apply a little creativity.

There are three characteristics of a successful mobile marketing campaign: measurability, customer insights, and innovation. In other words, you must have the means to measure the success of your campaign, know your customers, and think outside the box to create something that is truly original.

If you do these things, there’s no reason you can’t create the perfect mobile marketing campaign that will drive engagement, increase conversions, and drive your business forward.

If you want to learn more about CRO, check out Matt's article here on The Definitive Guide to Conversion Rate Optimization.

How to conduct an SEO audit for your ecommerce store

Posted by Jimmy Rodriguez on 1 January 2021

How social video is transforming the consumer experience in 2021 [Infographic]

Google shopping and pastime search insights from the pandemic year