Posted by Jacob Emmy on 15 Apr, 2015
View comments Link Building
Learn how to make the most of local opportunities in your next link building campaign.

Since the Google Pigeon update in July 2014 SEOs have begun to recognize the value in building relationships with local businesses and organizations. Jacob Emmy takes us through some key lessons learned over the last 10 months, and reveals 4 vital tips for networking and securing quality connections.

There was a time in the not so distant past when all it took to rank well on Google was a large backlink portfolio, a massive amount of keywords and a site that would not crash. Back then, the web was a sort of Wild West where hackers, black hatters, reputable business people and Moms with blogs would brush against each other in a dog-eat-dog attempt to mount the top of various results pages and get more traffic.

Part of this chaos existed because of the fact that there was no clear player who dominated the search market. This led to conflicting interpretations from different search institutions regarding what defined a “quality” website - and if there is no standard, then everything is permitted. By the end of the 2000s Google had emerged as the dominant force in the search engine market, allowing for the tech giant to set the industry standard for SEO.

Their rise to the top led to a renewed emphasis on Google’s Webmaster Guidelines. The first expression of this came in the form of manual penalties levied against Overstock.com and JCPenny for bad SEO practices. Then on February 23, 2011 Google released their Panda update, affecting about 12% of sites. This update penalized sites for thin and scraped content. They further expounded on site quality when they released the Penguin update in 2012, targeting sites with toxic backlinks and keyword stuffing.

In the aftermath of these updates and their subsequent versions the formula for improving your ranking on Google had become clear: have good site architecture, provide great content and link to other high ranking sites that do the same. And while some remnants of the old methods still exist, like using scraped content and link quantity over quality, for the most part sticking to the above formula has spelled success for sites that have chosen to adopt it.

In 2005, Google merged its Maps feature with its Local Business Center, setting the stage for the eventual creation of Places, and its later manifestation, My Business. This was in line with Google’s attempts to localize organic results through various minor updates leading up to this last year (2014). That said, the aforementioned formula still applied.

However, after the introduction of the Pigeon update in July 2014, there was a renewed emphasis on the practice of local link building.

Because of Google’s ability to pick up on local signals on websites, and to pair those cues with the data that it already possesses in the form of Maps and My Business, sites that may have been overlooked as targets in the past due to their low authority have regained value as a means of creating a localized backlink portfolio. In other words, sites we had neglected in the past were worth looking at.

At my firm, when we first encountered the Pigeon update, it was met with mixed reviews. Negativity mostly came from co-workers who had national and global facing websites which were now being outranked in local queries and were seeing an initial decrease in organic traffic.

What we discovered, however, was that most of our clients who had specifically requested local SEO as a part of their strategy actually benefited from the update, as well as the sites that we had built links to. In particular, a regional bus line operator that we had as a client saw a huge boost from #20 to #5 and saw an increase in organic traffic as a result. This was a startling revelation at first. But then we got thinking…

These sites that we had so foolishly neglected could now be the key to a successful local SEO campaign. The problem is, how do we get on them? While it is usually fairly easy to find sites to target, we sometimes encountered problems, particularly when it came to getting a timely response. We discovered that sometimes we had to think outside the box (both literally and figuratively) to achieve the results we were looking for. 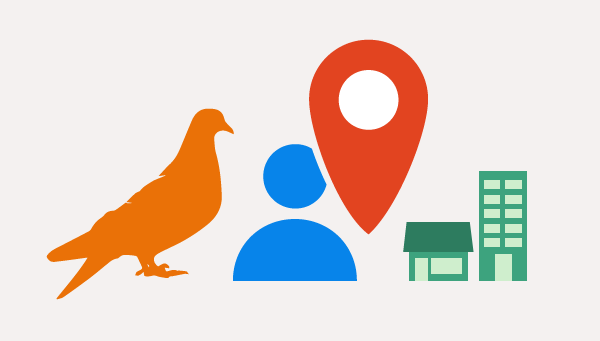 1. For a local connection take a local approach.

One thing everyone hates in Internet Marketing is the bureaucracy. When you get used to working in an environment where everything is on demand, running into an email response along the lines, “Please call me during business hours at the number provided...” can be earth shattering.

Don’t be afraid to pick up the phone! There was a time not too long ago when that was how all business was conducted, and the reality is that most Mom and Pop shops or smaller organizations that you will find yourself reaching out to probably view their internet presence as secondary especially if it is a smaller locale. In fact, they're most likely just trying to do some quality control.

While calling may seem like an unorthodox approach, sometimes it really is the easiest way to get the job done.

Going back to our bus client, we started running into some problems during the outreach phase of our strategy. We had targeted a lot of low level government and chamber of commerce type sites and we were having a lot of issues getting timely responses to our inquires. So, in a moment of frustration, one of team members took out his phone and dialed

Apparently the conversation went something along the lines of, “Hello…Yes, I emailed you not too long ago…Yes, that would be great!” Link built. It was a great example of how remembering who you are reaching out to, knowing how they do business and adjusting your expectations accordingly, can take make the outreach process much more effective. In this case, all we needed to do was go back to basics and make a business call.

2. Get involved in relevant local events

This was a clever idea that has worked well for us. After exhausting our initial list of target sites on one particularly difficult local niche, we had the idea of researching events in the area related to our client. After finding several, we began outreaching websites associated with the events.

While most of these sites asked for some sort of formal sponsorship (and I’m not advocating paying for links), we saw increased traffic as a result of the association. The best part is, a lot of these events occurred annually. This means that the opportunity exists to outreach those same events next year.

This reminds me of one of my favorite link building experiences. While working for a hotel we decided to use this strategy, as they were a popular venue for conferences and such. After accruing a sizable list of target sites we broke them down by event date to create an “outreach calendar” so that we would not be building links to events that had already happened.

One of the events that we targeted was a charitable breakfast sponsored by a regional kidney donor network. They were thrilled to have us link to them! They loved the venue and could not say enough good things about our client. It was a real example of what I like to call “feel good” link building. The link was applicable, it was on a great site, and all parties involved were thrilled to have made the connection.

3. Tap into existing clubs and organizations.

Another method that I found particularly helpful was targeting sites for local clubs and organizations. It was particularly effective when working on regional businesses, as we could often find different branches of the same organization throughout the clients service area.

Also, we discovered that when we successfully outreached one chapter of an organization there was a domino effect with other chapters. This strategy is great because it takes the stress out of site prospecting as you can simply use the network that the organization already has in place.

4. Don’t forget about directories - but proceed with caution.

And we’re back to basics. Directories have continued to raise a lot of suspicion after Google’s webspam purge. In the past, instant-submit directories with every category under the sun were a quick way to build a backlink portfolio. However these sites became devalued, even toxic, after the Penguin update was rolled out.

Today, those same large directories are seen as poor target sites for link building. But, with the release of the Pigeon update, directories that demonstrate a heavy local presence have become an important part of any local SEO campaign. And while I still don’t personally believe that directories should be the foundation of a backlink portfolio, they can certainly serve as a great start.

If you find yourself looking at directories, a word of caution… While local directories may seem like a quick and easy win, you can easily get yourself into trouble if you are not paying close attention. Be wary of directories that are instant-submit. These can quickly become muddled by bad links. Look for directories that require submissions to be approved.

If the directory is for a larger municipality, make sure that it is not too broad. The same applies for regional and state geared listings. In these situations I advocate finding directories that are specific for your industry. This will help you not only in local queries, but also help you with organic results in your niche.

When it comes to directories you really must be asking yourself about relevancy and quality. Just because you can submit a site, should you? The biggest question is why? Why does this directory make sense for a particular client—what value does it add to their backlink portfolio?

To sum up: there is real value in reassessing local businesses, organizations and websites as part of your next link building campaign. Whatever your business, if you're trading locally then there will be a community in your area (as well as the wider online space) that you can build relationships with, just by reaching out. Remember to think about alternative ways to build and manage these relationships as well, as they can sometimes be among your greatest assets.

Let us know how you approach local link building in the comments below: 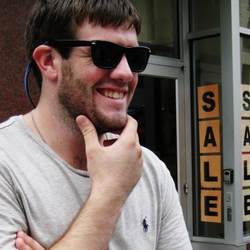 Jacob Emmy Published this article 15 Apr, 2015
Jacob Emmy is a SEO specialist, link builder and content strategist. He loves researching the future of SEO, especially the movement towards mobile and the growing importance of Local SEO practices. Jacob is currently working with SEO Austin, Inc. in their marketing department as a writer.

How does the Google Ads Auction work? [infographic]

How to use customer reviews to improve local SEO

Google's 'Summer of Updates' - where does this leave us?

The top grossing apps in 2020 [infographic]