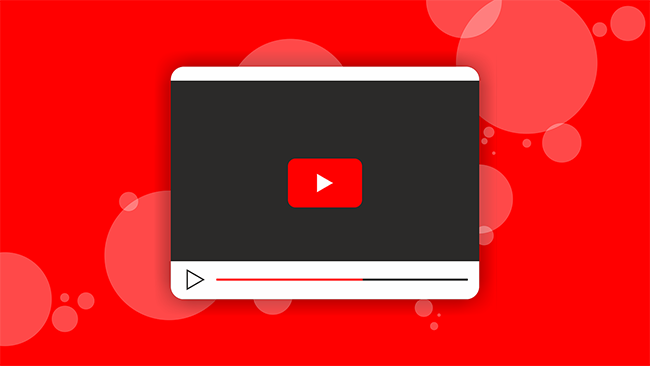 YouTube has outlined 5 new features which are rolling out or in the pipeline for live streams.  They are:

Described as a mobile collaborative streaming feature, Go Live Together is currently being piloted. You can invite a guest to your live stream by sending a link, screening guests before going live to viewers. The guest's channel and user information will remain hidden during the livestream.

The host but not the guest will be able to see streaming and YouTube analytics as with any other live stream.

Pre-roll and mid-roll ads can appear during a Go Live Together stream, and will be attributed to the host channel. 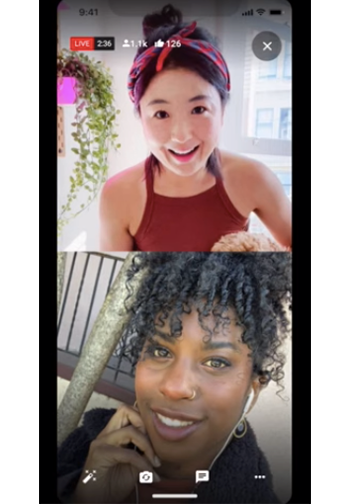 YouTube says this is a much requested feature and they’ll be looking to expand it to further creators after testing.

These are designed to help viewers identify when a channel is live. Click on a profile picture with the live red ring around it, and you’ll be directed to the active live stream. 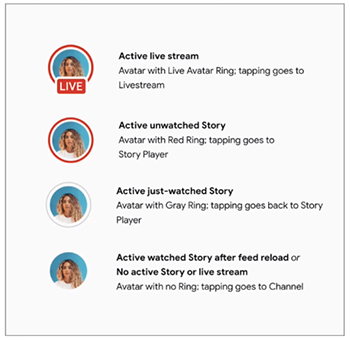 Live Rings can be seen already on some mobile devices and YouTube plans to extend the feature across YouTube later in the year.

The channel being redirected to can add channels from which they want to allow redirects, or allow this feature for all channels they subscribe to.

This feature gives two different options for viewing the chat panel during a live stream on mobile.

The lean-back version allows for the video to be full screen when watching in landscape mode. The chat is represented by the viewer count in the bottom right hand corner, and clicking on that brings up the lean-in version with the panel on the right.

The lean-back version will show teasers of key moments, like polls.

YouTube says this feature will start to roll out soon.

Live Q&A will be launched in the next few months.  It allows viewers to submit questions during a live stream based on a question prompt from the creator.  Answered questions will be temporarily pinned to the top of the live chat.

You can see full details of these new features in YouTube’s video.

Edith MacLeod Published this article 30 Mar, 2022
Edith MacLeod works in Wordtracker's Community and Content team. With a background in languages, in previous roles she has worked as a translator and interpreter and as a news editor, before moving into the world of SEO.