How to use the Picture Superiority Effect to your advantage

We use a lot of psychology principles in blogging, marketing, and social media. By understanding behavior, we can predict what marketing tactics will work and what types of words or pictures will elicit a desired response by clients, customers, and users. 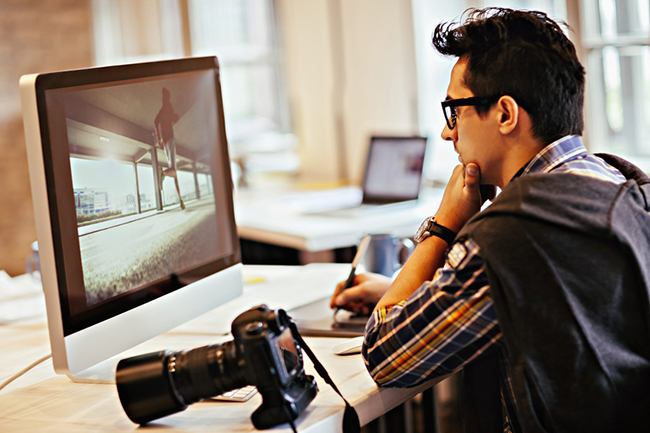 One such psychological principle that you can use across the web is called the picture superiority effect.

Start with these tips to make it work for you.

What is the Picture Superiority Effect?

The picture superiority effect refers to the phenomenon where people remember pictures better than they remember the corresponding words. In other words, pictures are superior over words when it comes to recalling and recognizing information.

The concept can be used in many contexts. For example, if you need to remember to go to the store and pick up sour cream and shredded cheese, it might be easier to remember what to get by picturing a taco with sour cream and cheese on top rather than memorizing a list.

This is just one example of how the picture superiority effect can be used in daily life. However, the effect also refers to the way people recall more information when the story is told using images than when it’s told using text. In fact, people are only likely to remember 10 percent of what they read or hear three days later. However, when you add a picture to reinforce that concept, they’ll remember 65 percent of it, says Brain Rules.

Therefore, entrepreneurs, business owners, bloggers, and marketers, can use this idea in branding and marketing as well as in communicating complex topics through charts and infographics.

What images are memorable?

Not all images are created equal. As MIT puts it, “memorability is likely to depend on the user context and is likely to be subject to some inter-subject variability”. In general, people tend to remember human faces and indoor scenes more than they remember images of outdoor landscapes.

They also tend to remember images better when they feature both an object and a scene. In other words, images should focus on a specific object but should not be so focused or zoomed in that the scene or setting disappears.

For example, let’s say you’re trying to choose a picture or headshot to use across social media. Try to choose an image that features both your face and a scene, such as in this photograph. 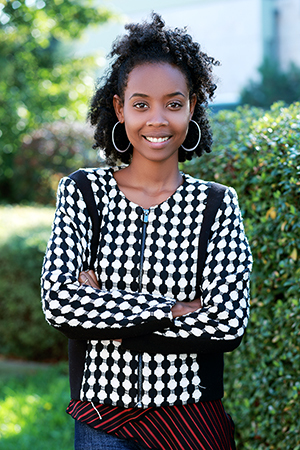 People are more likely to remember the above photo rather than the one below, which doesn’t use a scene in the context. 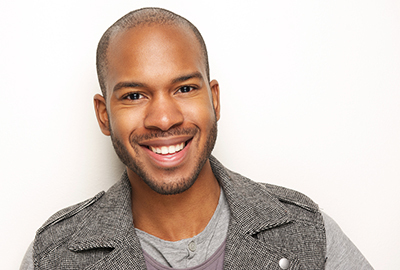 Objects that people remember most include:

Objects that people don’t remember as well include:

Where to apply this concept

The picture superiority effect can be used in branding where remembering you and your blog or business is important. When you create your blog, keep in mind the images you’re using so that people recognize you across the web. And remember: it isn’t just about your logo. Let’s take some examples.

Whether you’re a blogger or an entrepreneur, you’ll be using a photo of yourself across the web, including on your website, on social media, in blog posts comments, and in guest post author bios. Given the picture superiority effect, people are more likely to remember your photo rather than your name. If people can remember you through your photo, it reinforces your authority in the industry and helps in marketing your brand.

The first step is choosing a photo that’s both professional and memorable. The next is to make sure you’re consistently using the same photo. Changing your photo on your social profiles every few months or using a different photo for each platform minimizes the potential impact you could have by remaining consistent.

If you haven’t already, be sure that you’ve set up a Gravatar account so that your headshot shows up in blog comments and author bios associated with your email address.

If you have a lead magnet—or a freebie designed to help capture leads or newsletter subscribers—then chances are you’re using some sort of image as the “face” of the lead magnet. A free eBook or report, for example, should have a cover image.

Not only should that image entice individuals to enter their email address and download their digital gift, but you want the cover to be memorable. That way whether you’re marketing your book or report on your website or social media, or someone else writes a review about it, people draw the connection that they’ve heard about it before. The more they hear about it and remember it, the more they perceive you as an authority.

Keep in mind that it’s not just about memory but also about conveying the subject and tone of your content. Take the example of HubSpot’s Essential Guide to Internet Marketing. This cover image is appropriate for the subject matter, but it also uses a human-scale object and foreground elements, making it easy to remember. 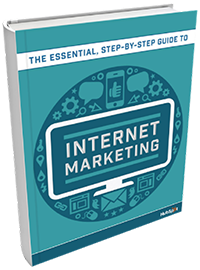 Think of every blog post’s featured image as a branding element for that specific blog post. Whether people see the image next to the post on your site, on social media, or in newsletters, you want to use your images to both pull them into the content and get them to remember that they’ve heard of the post before. And again, people are more likely to remember the blog post’s featured image than the title if they stumble upon it again.

Getting people to remember your post can work to your advantage in several ways. For example, someone may have seen your post on social media and meant to go back and read it but never got the chance. They could see the same image tweeted by someone else, and they know it’s the post they wanted to read, so they become a reader, who you can later convert into a lead.

In another example, someone may have passed by your post on social media the first time. But then they see that several people are sharing the post to their feed. (And they remember it because of the image.) So they begin to realize that this post is probably pretty good, and they visit your site.

If you maintain similar elements across your images, such as by overlaying the images with the same text or using a similar color scheme, then people will start to notice the similarities and begin to recognize your blog the more the posts are shared.

Take the example of Blogging Wizard. Each post gets its own custom image, which serves as a branding element for that particular post. Even when people don’t remember the title, they’ll associate that image with the post to better remember it and its contents.

Remember that the picture superiority effect isn’t just for recalling information about shopping lists and businesses’ brands. The fact that people remember information in pictures more than they remember concepts taught in text form goes to show that charts and graphs can make an impact.

You can use this idea on your landing pages—or even in your blog posts or educational content—to prove points and impress readers or to demonstrate your product.
Here’s an example from KISSmetrics. While people are comparing conversion-optimization solutions, they may not remember what a “lightbox” is, but they’ll remember what it looked like. That will help them make a final purchasing decision about which service to use.

The picture superiority effect has many facets. It can be used to help people recall specific information or used to remember a certain image through branding. As a marketer, you can use this psychological principle to great effect to better communicate with your audience.

John Stevens is a geek dad who enjoys building websites with WordPress. He regularly writes about tech and blogging. You can find him at WebsiteSetup.org