With live streaming a day-to-day reality and consumers keen to interact with their favorite brands, branded live streaming seems like an obvious route for highly engaging content. But is it right for your business and what are the pitfalls? 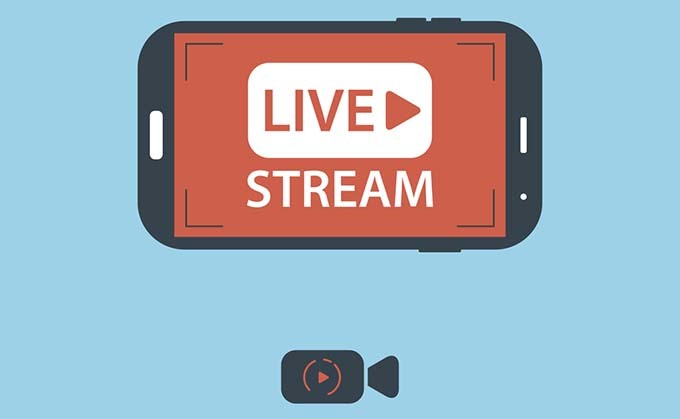 With Meerkat and Blab trying and failing to capture a share of the market, Facebook Live is emerging as a frontrunner for those looking to live stream, as well as consumers seeking live streamed content. If you’re planning to use Facebook Live, is this a bold marketing strategy or a risky approach?

It’s been over a year now (February 2016) since Facebook introduced the possibility of streaming to the masses via Facebook Live. The tool can be used by celebrities and brand pages following initial user profile-based testing.

Facebook succeeded where other standalone platforms had failed by not only seamlessly integrating the tech into its main app, but by keeping it flawlessly simple to use.

In contrast to the (in my opinion) highly flawed and separated Periscope platform produced by Twitter, Facebook has managed to embrace the real-time aspect of live streaming in a way that really works. They haven’t limited Live to this alone, which is also key to the functionality of this tool. All Facebook Live streams and comments captured during streaming are added to the page timeline when filming has concluded. Unlike Periscope which has a limited 24-hour lifespan for viewers after streaming completes, Facebook Live footage can be played indefinitely on the business page.

Since Facebook made Live available for business pages many of the world’s leading social media brand pioneers including Starbucks, Doritos and even BMW have tried their hand at using Facebook Live to create advertising content for their social followers. While these examples show that live streaming can work, it doesn’t mean that it’s always a foolproof strategy.

Is your brand ready for live streaming? Should it be jumping on the Facebook Live bandwagon? Is Live even suitable for your particular business.

Let’s look at the pros, cons and considerations involved if you’re thinking of getting into live stream advertising using Facebook Live.

Advantages of using Facebook Live as your bold marketing approach

Depending on your approach, using Facebook Live has the potential to be a very cost effective way to produce what can be extremely engaging content. If we cut down to the bare essentials, all you need is a smartphone with a decent quality camera, an internet connection and some kind of host - who if you’re really saving the pennies could just be yourself or a willing employee, for lack of a more experienced option.

The beauty of live streaming is that your audience won’t be expecting high production value video. They’re expecting something real. So all that perfect imagery, cinematography, razor-sharp editing and post production costs that you’d usually associate with producing compelling video content is pushed aside.

Be careful not to confuse simplicity with dull and boring. You still need to think through what you’re going to stream. A talented host holding a smartphone in the right environment for the subject matter or simply demonstrating a product, is a nice simple approach to video. This is a format which some brands can overcomplicate in the search for brand identity perfection, so the ease with which you can use Live is a big plus, especially if you’re not that familiar with video content creation and want something more straightforward to cut your teeth on.

For the many brands who do not have sky high budgets or the in-house resources to consider video content as a go-to format for advertising or content marketing, the low cost and simplicity of Facebook Live puts it within reach. Given that video formats in general often generate a huge uplift in consumer sentiment and interaction versus text or image content alone, being able to access a viable video format will be attractive to many smaller brands. For example:

4. Catching people in the moment

At the moment, most brands use sponsored posts before and after live streams to draw attention to the stream outside of their immediate fans and follower base. Though this is working well for some, Facebook is reportedly testing an actual advertising mechanism to promote live streams while they are in progress. This will allow brands to genuinely capture people in the moment with live content. A very compelling format indeed when you think that grabbing a user’s attention is one of the greatest challenges digital marketers face day to day amongst all of the advertising clutter. This is most certainly something to keep an eye on.

1. Will it be alright on the night?

Secondly, unless you’re from a live broadcasting background you won’t know the pains and pressures of producing live material. Your broadcasts will need to be planned out thoroughly, well-rehearsed and as many potential external factors as possible controlled. How often have you seen passers-by hassle newsreaders or journalists on live TV? Or watched in gut wrenching awkwardness as someone forgets their lines or says something entirely incorrect? With this in mind be careful when you decide upon the following:

2. Will live user interaction cause problems?

This is usually considered to be a plus of live streaming. It adds a superb level of interaction to the format, meaning you can really have genuine conversations and respond to your viewers via their live comments. The issue comes when you aren’t equipped to deal with live feedback which will be on view for everyone to see both during the live stream and in the post stream video. All it takes is one or two very persistent, disgruntled customers to cause a problem.

You’ll need to have a pre-planned approach which lays out how you deal with this potential problem. Your strategy will depend on your brand, the video content itself and how you are using hosts.

3. Can you keep live streaming on brand?

For me, this is one of the biggest potential challenges associated with the use of live streaming. We’ve talked about low cost requirements and simplicity being positive elements to this format. But with that in mind, it’s also important to recognise that it is going to be difficult to keep live stream content as on-brand as you might like.

As a format, live streaming is designed to engineer a very personal connection with your audience, particularly if you involve elements of live interaction. Your choice of content, host and location all need to be in the right tone and context to match with your brand vision, as well as to meet your audience’s expectations. Get this wrong and you risk diluting your brand identity or even damaging it. This will be a greater consideration for premium and high end brands than it will for others but it is still something all businesses need to give serious thought to. before committing to Facebook Live as part of their marketing plan.

Of course, there is a definite argument for saying Facebook Live is a risky marketing strategy because the technology is still relatively new. With just over a year of testing and case studies available, there is little anecdotal and historical data to base campaign planning or strategy on. The long term impact is still unknown, making it a risk for those planning to incorporate Facebook Live into their ongoing efforts.

With a host of pros and cons to using Facebook Live, it’s fair to say the jury may still be out on whether it will become a bold marketing move or be regarded as a risky strategy over the longer term. Facebook’s design and functionality has made live streaming much more accessible and easier to use thus far but, whether or not it will work for all brands remains to be seen.