6 URL tips to please Google and get more clicks

Creating great URLs that people actually want to click on isn’t as difficult as you think, but it’s a trick we often overlook! Check out the 6 top tips for creating evergreen URLs that users and search engines adore. 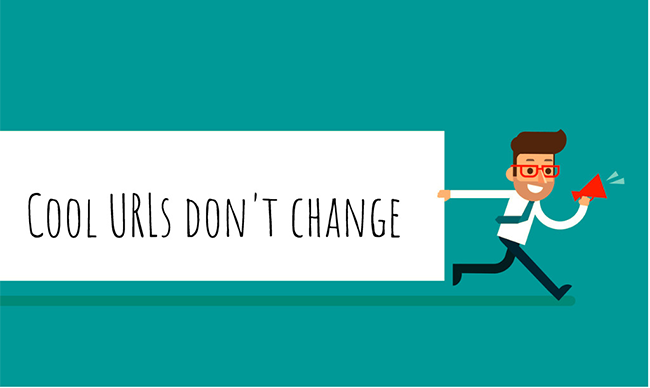 A URL or Uniform Resource Locator is the web address given to a web page. We tend to think of it as just the filename, but it also includes the domain name and, sometimes, folders.

I don’t know why, but often we don't pay much attention to URLs and don’t optimize them for SEO. Optimizing URLs for SEO really means making them friendly for both Search Engines and users.

Let's look at how you can optimize your URLs for SEO with these 6 simple tips.

If you are into home improvements and a do-it-yourselfer like me, you’ve probably heard the expression “measure twice and cut once”.

A good carpenter knows he needs to plan and prepare carefully to minimize wasting materials, time and money. And good SEOs know that URLs are the glue that holds your website together. That's why you want to set them right at the beginning.

In fact, the World Wide Web Consortium (W3C) believe that cool URLs shouldn’t change. They go on to say:

Getting your URLs right requires thought, organization and commitment. It also means users will be able to rely on their bookmarks, and Search Engines – on your content.

Key Takeaway: get your URLs right at the beginning and plan them for the long haul.

Keep It Simple, Stupid (KISS) is a design principle that embraces simplicity by not over complicating.

"A site's URL structure should be as simple as possible. Consider organizing your content so that URLs are constructed logically and in a manner that is most intelligible to humans (when possible, readable words rather than long ID numbers)."

Google offers the above advice on the following URL:

A hint of irony perhaps? The URL includes a long ID of numbers, and the words aren’t easy to understand – just the things Google suggested we avoid doing!

So, how could this URL be improved? It’s not rocket science. Here is a screenshot of the improved URL:

You could remove both the redundant word “answer” and the long ID “76329”, and replace the parameter “?hl=en” with “simple-url-structure”.

3. Make them eye-catching and short

If you are running a blog, chances are you’re using a CMS like WordPress. The platform automatically adds a post's headline to the post's URL. It's a handy default feature, but it can sometimes make the URL a little long, which will cause it to get truncated in the SERPs. It also makes for a repetitive read.

I find between one and four words is a good length for URLs. You get somewhere around 70 characters (including your domain) before Google truncates them.

It’s pretty repetitive and gets truncated. Let's tweak this URL, reduce the repetition and give a glimpse of what’s to come in the post:

That’s better and much more likely to result in more clicks from the SERPs!

Key Takeaway: URLs show up in SERPs and social sites like Twitter. It’s your job to make them enticing and short so that you can get more clicks.

4. A sprinkling of keywords will help

Sprinkling a dab of keywords into your URLs makes them relevant for Search Engines and users, but sprinkle too many, and you might be labeled a spammer.

I can’t remember keywords in URLs ever being a high ranking factor. Searchmatrics’ 2014 Ranking Factors analysis, for example, found a decline in the importance of keywords in domain names and, in particular, in URLs in the last three years.

That doesn’t mean keywords won’t help – they will a little. But they tend to be more important for optimizing transactional pages than blog post pages.

For transactional pages, it’s best to include your main keyword. If you try to cram in more keywords, the URL may look spammy and could count against you for SEO.

For informative types of content like blog posts, some believe keywords in URLs (and headlines) can hinder Social Media success as they appear less share-friendly.

Key Takeaway: keywords still matter to a degree but run the risk of being overdone. You want to make them eye-catching and short.

A topic can be thought of as a subdivision of a theme. Why not help users and Search Engines better understand your themes and topics through your URLs?

If that sounds like a good idea, this is where folders come in handy:

On our Zen Optimise website, our training pages work in a similar fashion to how you might expect  navigational breadcrumbs to work. You can intuitively go up and down the website’s hierarchy. In the above example, if you delete the “/intermediate” part, you will be taken to the parent SEO page. And if you then delete “/seo”, you will be in the training root page, which is the parent to the SEO page.

Such structure makes it easier for both Search Engines and users to predict what the underlying meaning of a page is and to see how similar pages relate to each other.

Key Takeaway: folders can provide extra meaning to pages by acting like categories in URLs.

Sticking to conventions is pretty straightforward:

Key Takeaway: ideally, your CMS should conform to the standard URL conventions (as outlined above) so it’s not possible for writers to make mistakes.

If you must change URLs, ensure permanent 301 redirects are set in place. You know cool URLs don’t change… But sometimes they just have to. Maybe you’re moving to a new CMS, or maybe they were just plain ugly. The thing is, Search Engines build trust through URLs, and that’s something you don’t want to lose. So, it’s best to change URLs infrequently and only plan redirects as a necessity so that the reputation of your web pages is maintained.