Will an emoji in the description harm my rankings?

There’s been a lot of talk lately as to whether special characters and emojis have an impact on rankings when you include them within your description. The general consensus has long been yes, they do. However...

SERoundtable recently wrote about Google Webmaster Trends Analyst John Mueller’s comments on emojis in search results - comments that went against the common perception that I was first taught almost 10 years ago. Don’t put special characters in your description or Google will penalise the result.

Apparently though that’s just not the case anymore…

So we generally try to filter those out from the snippets, but it is not the case that we would demote a website or flag it as webspam if it had emojis or other symbols in the description.

Emojis have become increasingly commonplace and are now part of the cultural makeup of the internet, to the point that they’ve started leaking into the real world. So it makes sense that Google would look to embrace that change. Or does it?

The case against special characters

There’s a good common sense reason why Google has for so long forsaken search results with special characters in them (which have been around for years before emojis were a thing) and that’s because you don’t want search results which look like this:

Given free rein, lots of marketers would be trying to make their search results stand out more than the other guy and you would end up with a mess. It’s in Google’s interest to keep the search results looking clean and tidy, ensuring they stay usable. Having the results looking a mess would no doubt have a negative long term impact on usage, so Google is going to work hard to avoid this.

What’s more, this is not allowed in adwords:

"Punctuation or symbols that are not used correctly or for their intended purpose
Examples: Excessive or gimmicky use of numbers, symbols, or punctuation, such as the following: f1owers, fl@wers, Flowers!!!, f*l*o*w*e*r*s, F.L.O.W.E.R.S"

It just goes against common sense for me that Google would allow something in the organic results and not the paid. It would draw clicks away from the revenue generating part of the results for them.

So all of this makes me think that it's not something they would want to encourage.

The case for emojis

There are a few good reasons why Google would want to allow specifically emojis though, especially as it’s in the description.

Google has for a long time been able to choose to display the given description or different copy from within the page. What John Mueller likely means is that there is no specific penalty for it, they can simply choose not to show it. What's more, including emoji's would be a correct usage, unlike special characters. So there would be no contradiction with the adwords guidelines either.

This leaves the flexibility to choose which results they think are crossing the line or OTT and which use emojis in a reasonable way. There is no ranking penalty, but your given description gets chucked out for a snippet from the site - a snippet that's not going to have any emojis in it.

Of course there is always the case for progress as well. It’s not unheard of for an emoji-containing adwords ad to get approval and display. These have been seen out in the wild (frustratingly not when I was looking for an example for this post though!). It’s just that the majority of these get rejected and as already mentioned the guidelines sort of indicate they aren’t allowed. Perhaps things are changing though.

I decided the best way to try and get any kind of answer to this was to run an experiment to find out. I wanted to create a small experiment that could run relatively quickly but be as robust as possible. With this in mind I went ahead and grabbed a couple of fresh domains.

I used a newer tld and also double checked in archive.org. I wanted to be as sure as possible these were fresh domains and unlikely to carry any backhistory with them. It’s pretty unlikely as the .online extension only went live last year, making it hard for any domains to have expired already.

With my domains in hand the next step was to install WordPress on both of them. I was careful throughout the process to do everything as close to simultaneously as possible. I wanted the domain age and time spent in the index to be as similar as I could get it.

I can install WordPress with a couple of clicks directly from within my hosting which is pretty neat, so I just logged into cPanel and used Softalicious to create the install. 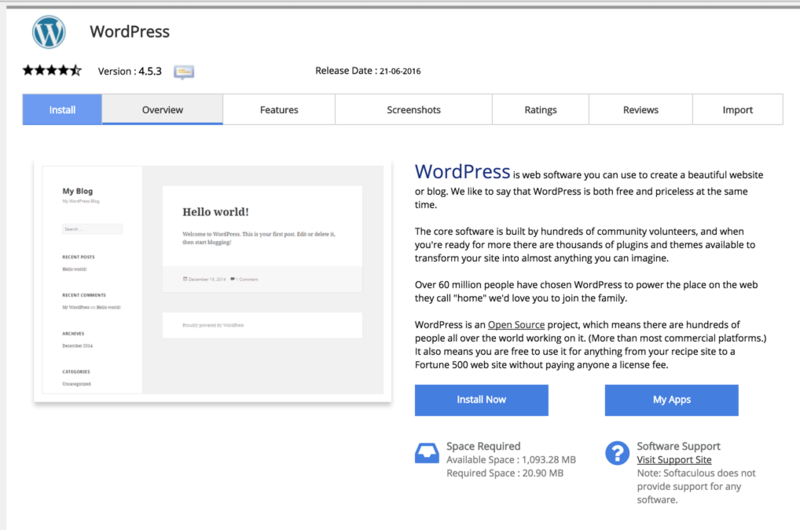 The next thing I needed to do was choose a couple of random words for which there were no results. This creates an easy thing for me to rank for. 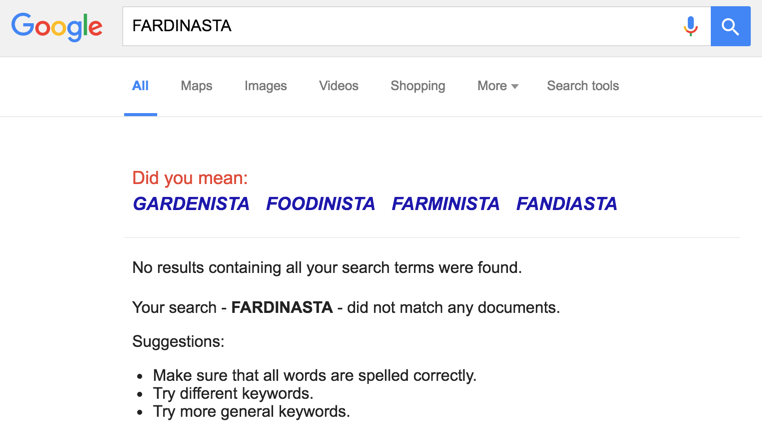 On each site I created a unique homepage, and then four further pages, Page A, B, C and D. Each had 200 words of unique content and contained within that text one of the unique terms. 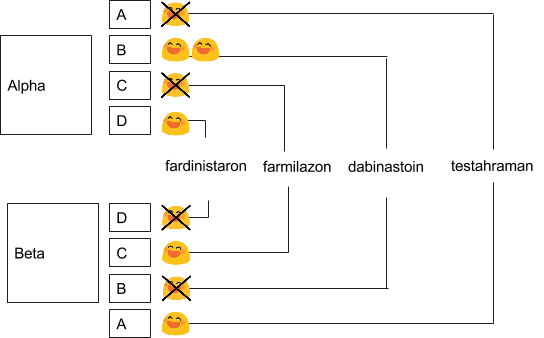 Each page has a mirroring page, including the placement of the unique word in the copy, but still being careful to avoid duplicate content issues. The crucial difference is that a page on one site has an emoji in the description while the corresponding page on the opposite site does not.

Read this post if you want to know how to include an emoji in your description. It's actually a little more complex than you might think, but really easy when you know how (hint, use the unicode don't copy/paste the generated image).

I also wanted to see if using multiple, rather than just one emoji would have an impact. So some pages have multiple emojis and others just the one.

Now I just placed a link to each site’s homepage, in this old post. I wanted to give the pages some value and get them ranking but to take care not to unbalance the experiment. This is also why I chose not to take a bunch of pages already ranking, just chuck some emojis into the descriptions and watch what happened to the rankings. Even measured against a control group I felt this would still have too many variables. 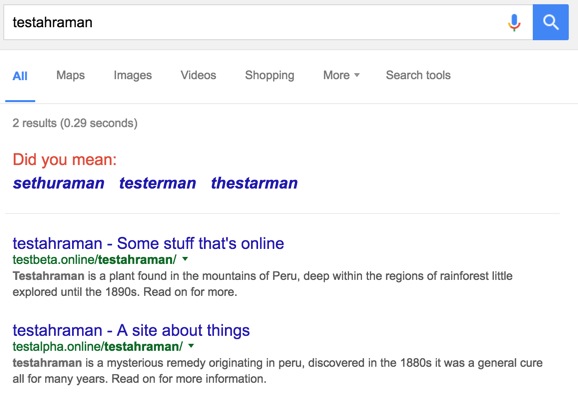 The emoji variant is winning ranking top. No emojis are actually shown though. 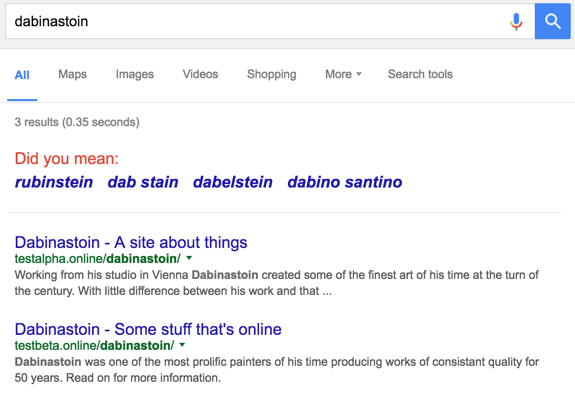 Once again the emoji variant is winning, ranking top with no emojis actually shown. However the winning variant has a snippet and not the original description shown. 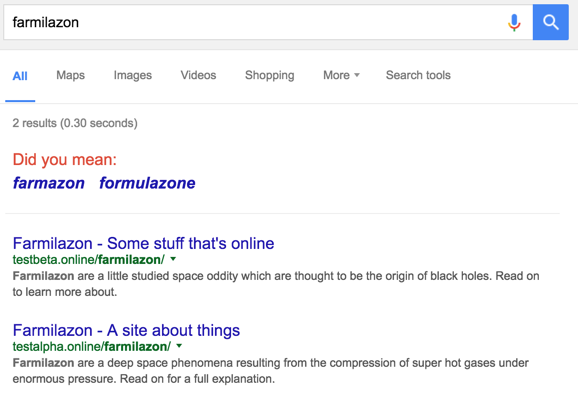 Once again it’s the emoji variant on top. 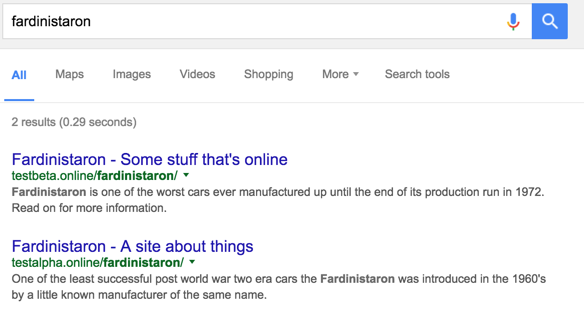 Here we can see that there is a good combination of results which mostly rules out bias against one of the sites just being the most powerful. Both achieve at least one top ranking. Combining this with the way the sites have been set up there should not be a difference in the ranking ability of these sites. There would need to be a larger scale test to rule this out definitively, however.

It’s also an interesting result that the one description where I went a little overboard and used multiple emoji was the only one where Google chose not to show the dedicated description for the result. This is not conclusive as it is just one result. It needs further testing but may indicate that lots of emojis is a bad idea.

We can also see that there are three emoji to one plain description wins. Once again a larger scale test would be needed as these results are ambiguous. However it can be clearly seen that the emoji version wins over the plain version 3 out of 4 times.

This experiment was created to answer the question:

“Will an emoji in the description harm my rankings?”

Based on this test we can clearly see that no, it does not. In 3 of the 4 variants the emoji version outranked the plain version - demonstrating that in this instance placing an emoji in the description did not harm rankings.

This is probably what John Mueller meant by his comment that it makes no difference. Google just ignores them. It won’t show them or include them in its ranking algorithm.

Hold on though, Google isn’t the only place where your description is shown. Let’s have a look in a few other places:

Bing didn’t actually want to show the results at all, after forcing it to display them it still did not show the description.

Slack is mainly used for internal messaging within teams, so not the biggest win. But still emojis are shown.

So from these limited examples it’s clear that whilst it might not do much for your Google rankings it may still be worth it for other channels. It's likely that the majority of social sites and other places the url is shared, and an expanded snippet is created, that emojis will be shown.

There are a few things that could have derailed  the results of this experiment, from my bias affecting the result to the sites being so clearly related behind the scenes. I wrote copy that contained the same amount of information on each site and alternated which set of copy I wrote first each time, but there may have been one set of text that was just better for Google than the other.

I alternated the site which contained the emoji-ridden description each time to try and eliminate any bias in one site being more powerful than the other. I also created 4 sets of pages, so this was in total 8 pages of content. This was a relatively small sample and more pages would provide a more reliable result, as would more domains.

No experiment is going to be 100% free from variables and bias, but I wanted to cut down on these influencing the result without going overboard. I think I struck a good balance. Do get in touch if you think I missed anything in my analysis.